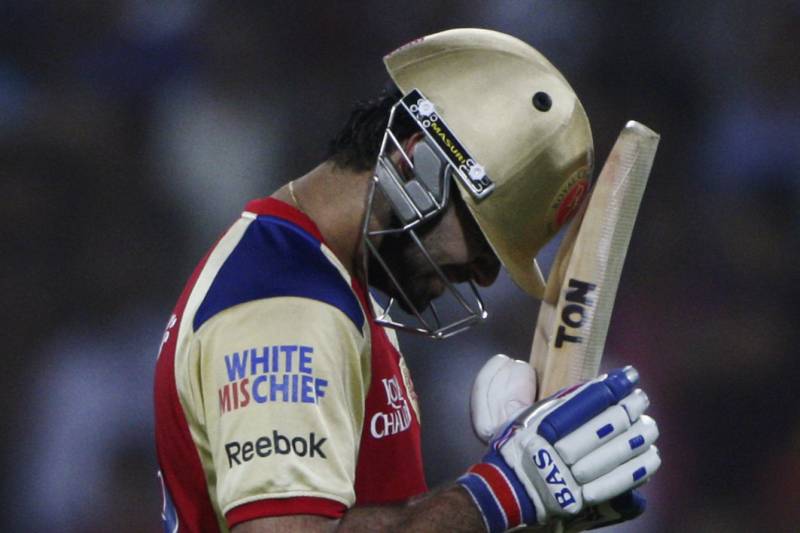 IPL 2015 was one of the best seasons for Virat Kohli-led Royal Challengers Bangalore. That year RCB had ended the league table at 3rd position and had made their way to the play-offs. As aways skipper Virat Kohli was the star performer for the team throughout the season. In 16 matches, Kohli had scored 505 runs with an outstanding average of 45.90.

However, during the season he became a victim of sloppy run-out. In the 37th match of the season between CSK and RCB, Dwayne Bravo displayed his athleticism to ran RCB skipper out. RCB was chasing a 149-run target given by MS Dhoni-led side. In that season, Bengalore franchise had to depend on either Virat Kohli and AB de Villiers to pull off wins. The same happened in this match.

Virat Kohli was set on the one end and was looking for support from the other end. AB de Villiers departed scoring a quick-fire 21 off 15 balls including 5 fours. Virat Kohli’s wicket was a turning point in the match. The dismissal happened in the last ball of 14th over. Kohli played a Dwayne Bravo’s delivery straight towards the bowler.

Bravo displayed his athleticism as he jumped, collected the ball and immediately threw it towards the stumps. Virat Kohli made an effort to return to the safe zone but replay confirmed that he had left short of the crease. Thus, Kohli dismissed after scoring 48 off 44 balls. Rest of the team collapsed like cards after the captain’s dismissal. RCB could score 124 runs and fell 25 runs short of the target.

However, in IPL 2015 season RCB’s performance was better than the earlier seasons. The team finished the table at 3rd position and made their way to qualifier 2 by winning the eliminator. However, RCB once again got defeat from CSK in qualifier 2. CSK faced Mumbai Indians in the final where they got a 41-run defeat. Mumbai had lifted their 2nd title.