The Ex-Indian captain floored Hardik Pandya with his beautiful gesture on the 2019 tour of New Zealand. 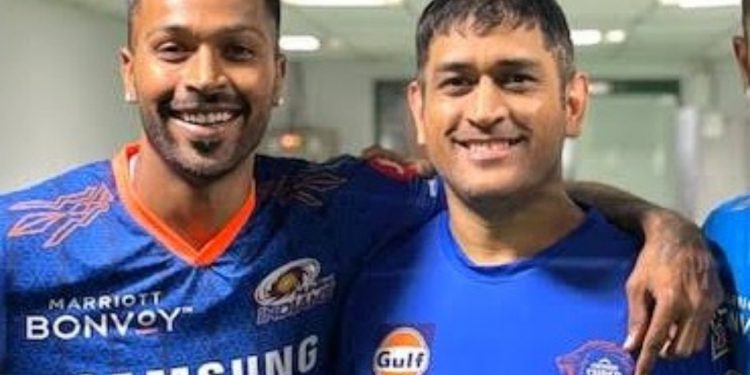 MS Dhoni is undoubtedly one of the best Indian captains the game has ever seen. The ex-Indian captain has been the most successful captain as far as the ICC tournaments are concerned. Dhoni has even been among the most successful skippers in the Indian Premier League, winning the trophy 4 times. The seasoned campaigner is currently with team India as a mentor for the T20 World Cup 2021.

The 2011 World Cup winning captain has a reputation of backing the youth and giving them enough opportunities to shine in the international arena. One of the players who flourished under Dhoni is Hardik Pandya who, over the years, has become a vital cog in team India’s setup. The explosive Indian batsman owes a lot to MS Dhoni, who has been a great support for him.

MS Dhoni slept on the floor for Hardik Pandya

A wonderful gesture by Dhoni came in January 2019, when Pandya was completely overwhelmed by Dhoni’s humility. While the Indian team was on the tour of New Zealand, Pandya found it difficult to find a hotel room as he was added late into the squad after his ban was lifted. It was at this time that the ex-skipper offered Pandya his bed in the hotel. Pandya recalls how Dhoni has always been there for him.

“MS was someone who understood me from the start: how I function, what kind of a person I am, what are the things I don’t like, everything. When I was picked for the New Zealand series, initially there were no hotel rooms [for him in New Zealand],” said Pandya.

“But then I get a call, saying, “You just come. MS has told us, ‘I don’t sleep on the bed [in any case]. He will sleep on my bed and I will sleep on the floor.'” He [Dhoni] was the first person who has been always there,” the all-rounder added.

For the uninitiated, Hardik Pandya was banned by the BCCI for making controversial comments on a talk show. The comments got viral like bushfire and Pandya faced a lot of backlash from all the corners. It was then when MS Dhoni came to the aid of the allrounder. Pandya recalls how the CSK captain gave him a shoulder when he needed it the most.

Currently, Hardik Pandya is part of India’s T20 World Cup squad and MS Dhoni is with the team in UAE as a mentor. The experience of the mentor will definitely help boost the morale of the team and will prove useful.