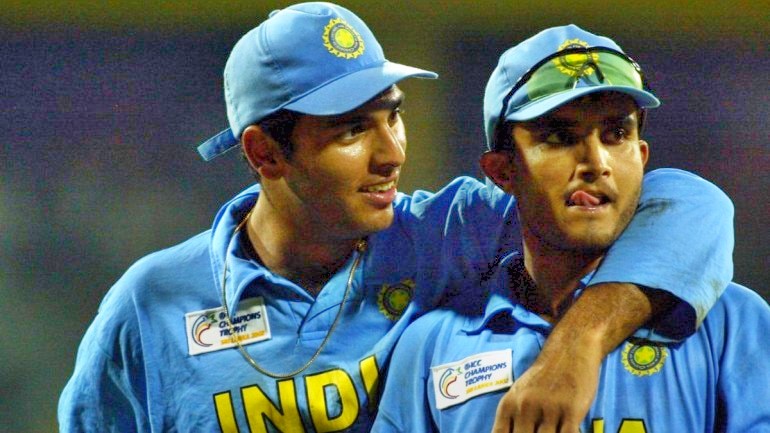 We watch our favourite players playing in the field, we follow them on social media but still, we don’t know many secrets about them. There are many stories about the Indian cricket team’s dressing room. A player like Virat Kohli always remains serious on the field but in the dressing room, he remains in a fun mood. Yuvraj Singh is also the one who had involved in many dressing room incident of team India.

Once team India had played a daring prank on the captain Sourav Ganguly and Yuvraj Singh was the mastermind behind this prank. It was Yuvraj Singh’s revenge with Dada who once had made a joke with Yuvraj Singh.

Ganguly made a joke with Yuvraj

A night before the match against Kenya in ICC 2000 Knockout Cup, Yuvraj was so much excited as he was going to make debut the next day. Captain Ganguly came to his room and said those words which every batsman wants to hear in his career. Ganguly said, “Open karega na?” (Will you open?)

Showing courage Yuvraj replied, “Yes, I will.” Yuvraj had to take sleeping pills that night. The next morning, at breakfast, Sourav told Yuvraj it was just a joke. Ganguly was laughing and Yuvraj was bearing a fake smile. Ganguly used to have fun with his troops. For Ganguly, the matter ended here but Yuvraj was waiting for the right time to take revenge.

In 2005, Yuvraj had established his place in the team India as a middle-order batsman. Yuvraj and his partner in crime Harbhajan Singh decided to pull a prank on the skipper. Both were very friendly with Sourav Ganguly. They even involved other team players and India coach in this prank.

Before India’s opening match against Pakistan at Kochi in 2005, Sourav Ganguly walked into the team meeting. When he entered the room every player was inside the room but there was a pin drop silence. Ganguly had not felt anything wrong yet. Ganguly went on to discuss their strategies for the upcoming series.

But Dada left terrified when Sehwag who was also involved showed him a newspaper. In the newspaper, there were big headlines where Ganguly had made some negative comments on his team players. Ganguly couldn’t understand anything as he never gave such an interview.

Ganguly’s face lost colour as the whole team became one started talking against Ganguly. He was almost in tears seeing his team which was like a family suddenly going against him. Sourav, in desperation, offered to resign from captaincy and promised he had never made such statements, after seeing the Turbanator Harbhajan Singh and Ashish Nehra storm out of the dressing room.

Rahul Dravid felt that prank is going too far away as he couldn’t see his captain like this. Dravid told him it was just an April fool prank and everything they were doing was acting. “Dada picked up a bat and chased all of us out of the dressing room,” said Yuvraj, unable to control his laughter.

ALSO READ: Anushka Sharma Slams Farokh Engineer For His Comments On Her

Incidentally, Ganguly was given another sheet of paper signed by all. He could barely find the courage to read, but when he did, it warmed his heart. It simply read: “Dada, we all love you.” The captain promptly hugged each one of his boys, but gave them a stern warning, never to do the same again.