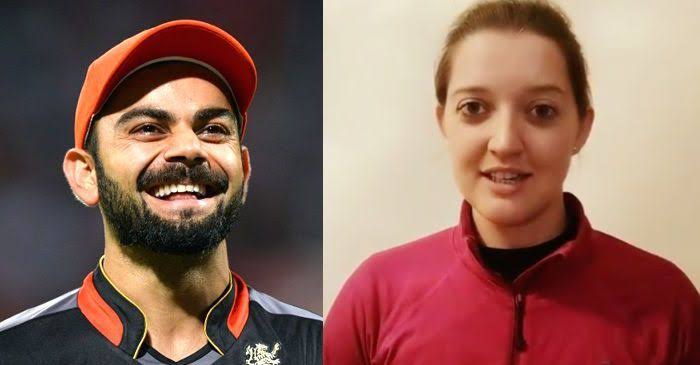 Indian cricketer Virat Kohli has today achieved many things in life and he has evolved as a global star. But five years ago the Indian skipper wanted to meet England women’s team star Sarah Taylor, revealed her team-mate Kate Cross.

England medium-pacer Kate Cross has revealed after the 5 years over the twitter, that Virat wanted to meet Sarah. In the tweet, she has shared a picture from past with the caption, “5 years ago since @imVkohli wanted to meet you @Sarah_Taylor30!!.” Meanwhile, Sarah Taylor also comes up with a reply over the picture, “One of the more bizarre wake-up calls I’ve ever had. #5ambreakfast.”

These two tweets are enough to guess that Virat Kohli wanted to meet Sarah Taylor 5 years ago. Even they had breakfast at 5 AM. Here we are sharing their respective tweets on their twitter handle.

One of the more bizarre wake up calls I've ever had 🤣. #5ambreakfast

Taylor has recently announced the retirement from the International cricket. She is one of the best wicket-keepers in the world. Her reaction time is very quick, even no women wicket-keeper has such abilities like her. And she is the only women cricketer who has represented as well in Men cricket team in the county.