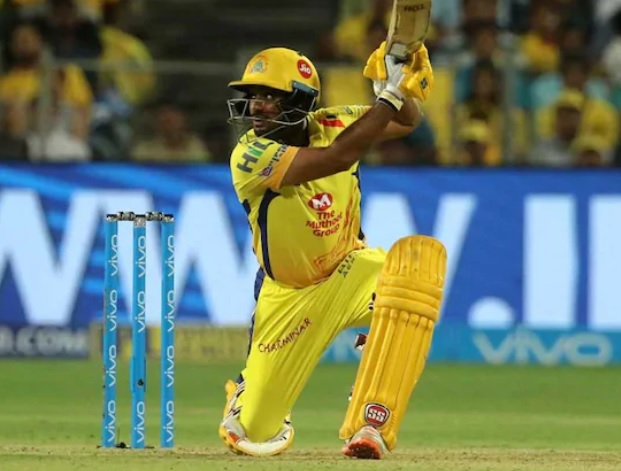 An unusual interruption was witnessed during the match between the Royal Challengers of Bangalore and the Chennai Super Kings. During the mid innings strategic time-out break of the Super Kings innings, batsman Ambati Rayudu went off the field and failed to return before the two and a half minute break could end. Infact, Rayudu returned only a couple of minute after the usual break had ended.

Ambati Rayudu Goes Missing
When played resumed after the end of the strategic time out, Chennai Super Kings batsman Ambati Rayudu hadn’t returned back to the field. His absence surprised everyone as he was no where to be seen. So did Ambati Rayudu go missing? As the commentators talked about the delay in proceedings, they said – “We’ve got a missing player, that’s what it is. We’ve got no Ambati Rayudu. He’d left the field, we assumed for a bathroom break.”

Reports claim Rayudu had a tummy upset and rushed off the field as the two-and-half-minute strategic time-out started. On his return, he was quick to apologies to the opponents for the stoppage in play. Unfortunately, his stay lasted for only another three deliveries as he was sent back by Yuzvendra Chahal.

Ruturaj Gaikwad Guides CSK to Comfortable Win
Opener Ruturaj Gaikwad played a patient knock and guided the Chennai Super Kings to victory over the Royal Challengers Bangalore. In the company of Ambabti Rayudu, Gaikwad mastered the run chase and saw the team through with his first half-century in the Indian Premier League. The win was only CSK’s fourth this season and wasn’t enough to take them to the playoffs (as in a later game, the Rajasthan Royals beat Mumbai Indians and ended Chennai’s playoffs hopes).

Chennai Super Kings Lose Out On Playoffs Birth
For the first time in the history of the Indian Premier League (IPL), three time winner Chennai Super Kings will not feature in the playoffs. One of the most consistent teams in the league, the Super Kings failed to find momentum this season and lacked the firepower that has seen them finish in the top four till date.