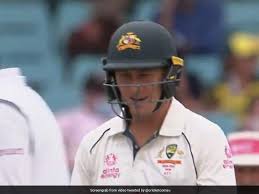 The Border Gavaskar test-series, featuring two of the world’s cricketing heavyweights- India and Australia- has quite a rich history of wholesome banter. Last time around, of course, there was the famous Pant-to-Paine, babysitter conversation. But even on this tour, while Pant hasn’t done much talking himself, his sneering and jeering has often kept fans and Matthew Wade entertained.

But the ongoing third test match at the Sydney Cricket Ground (SCG) has seen the emergence of a new chatter on-field. The second day of the test-match saw Australian batsman Marnus Labuschagne at his spontaneous talkative-best against the likes of the Indian openers, Rohit Sharma and Shubman Gill.

Marnus engages in a cheeky banter with Shubman and Rohit

It started right from the third over of India’s innings. Gill was batting on 4 and looking to set himself up for a big knock. That’s when Marnus, positioned conveniently at the short-leg position, decided to have some fun with the young Indian Turk. He cheekily asked Shubman who his favorite player was. The latter tried to play it equally cool and promised that he’d tell him after the game.

But Marnus wasn’t in any mood for waiting. “After the (next) ball”, that’s how eagerly he wanted to know. Further, he even quipped with some of his own guesses, like “Sachin (Tendulkar)” and “I reckon Virat (Kohli)”.

But that was just Marnus getting started. Throughout the Indian batting session, he kept cheering his fellow teammates with his commentary of the obvious. “That’s a lowey, Hoff”, or the classic, “Nice, Gary!” to Nathan Lyon. At one point, he even tried getting a rise out of Rohit and insinuated that he’d give an easy catch. But when that failed to work, he tried a novel form of distraction.

“What did you do during the quarantine, Rohit?”, the stump-mics caught him saying at one point. By this point, even the on-air commentators couldn’t control their laughter! Here’s a minute-long video from the match featuring the best of Marnus’ conversations.

Sadly, though, Marnus’ distraction ploys didn’t work out quite as planned, as the India openers went on to lay a solid batting foundation. Shubman compiled a brilliant maiden fifty, while Rohit scored 26 off 77 balls. Neither could remain unbeaten till the end of the day, though, as Hazlewood and Pat Cummins walked off with a wicket each.

Earlier in the day, Labuschagne (91) and Steve Smith (131) powered the hosts to an impressive first-innings score of 338/10. Ravindra Jadeja finished as India’s most successful bowler, picking 4/ 62 from his spell.