Why Cricket is not in Olympics : Reasons why Gentleman’s Game couldn’t make it to Tokyo 2020

Here are the reasons why Cricket, despite being a famous sport, could not make it to the Olympics till date. 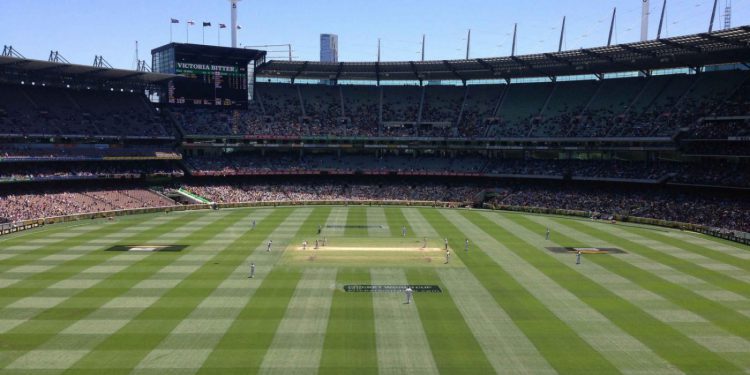 Cricket, despite being one of the most famous sports in some parts of the world, is still not a ‘Global’ kind of sport yet. The sport has not made it to the Olympics yet. Cricket is one of the major sports in the regions like, Southeast Asia, the UK and South Africa but hasn’t made it to every corner of the world so far. Here are the reasons why Cricket is not in the Olympics yet.

Over a century ago, there was a Cricket match played in the Olympics but the sport wasn’t continued after that. After the formation of The International Olympic Committee (IOC) in 1894, it was decided to include cricket in the 1896 Athens Olympics but it didn’t happen. Enough teams weren’t available for participation hence the event got cancelled. Although, the Sport made its maiden entry into the Olympics in the year 1900 during the Paris Games. After Netherlands and Belgium pulled out from the event, the only match which was played was between Great Britain and France. Great Britain won the game by a margin of 158 runs.

Reasons why Cricket is not in Olympics

Currently, the ICC has advised the Governments of all the Test-playing nations to have minimal control over the sport. The Cricket teams are currently formed and managed by non-government bodies in order to maintain the quality of the Sport. If Cricket is ever involved in the Olympics, the government will be taking control over the selection of the teams, which would harm the quality of the players coming up.

Before the introduction of the T20 format, the most feasible format for inclusion in the Olympics was the ODIs. With a total of 100 overs in the ODIs, it would take up to 8 hours for a single game to finish. This would disturb the Duration of the Olympics event, as a whole, if a significant number of teams participate.

Cricket needs special grounds on which no other Olympic event would be able to take place. This would make the organization of the event difficult. There would be a need of a significant number of grounds in order to host the matches.

All the Cricket Playing nations generally have Cricket matches scheduled for the entire year. With an already busy schedule, the major ICC tournaments are also to be played. The 50-Over World Cup, T20 WC, World Test Championship and the Champions Trophy are all to be played. Hence, taking Cricket to the Olympics would make the schedules even busier.

The willingness of Cricket Playing Nations

The leading Cricket Playing nations show minor interest in getting Cricket into the Olympics for some reason. The Financially sound Cricket Boards such as BCCI, ECB and Cricket Australia as well have made no visible efforts yet.