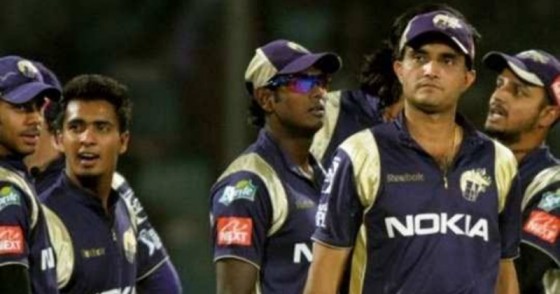 It was a dream start for the Bengal-based franchise Kolkata Knight Riders (KKR) at the first edition of the Indian Premier League (IPL). Fans were delighted not only to have a Kolkata based team but also their own local hero and an experienced leader in Sourav Ganguly to lead the side. They got off the blocks in style in the opening game against the Royal Challengers of Bangalore (RCB); recording a huge 140-run win courtesy of a century by opener Brendan McCullum. However, inspite of a well balanced side with Ganguly as skipper, the Kolkata Knight Riders didn’t taste much success in the IPL. For the record, they won their first title with Gautam Gambhir leading the team.

Did Ganguly Fail As Skipper?
So the question one would ask is – where did one of India’s most successful skippers failed when it came to the IPL? In a recent interview, Sourav Ganguly opened up that it wasn’t his leadership that failed to get the team anywhere close to winning the IPL; they were other factors too. Taking a dig at the team’s owner, Shah Rukh Khan, Ganguly expressed the discomfort he had at not getting complete backing from the owners. There were certain restrictions that he felt were lifted when Gautam Gambhir was made captain after his exit.

“My Role Was Limited”, says Ganguly
During his tenure as skipper of the side, Ganguly claimed he did not have complete control over the teams as he would want being a captain. Citing examples of other teams, which have been successful, Ganguly said, “The best IPL teams have been those that have left the team to the players. Look at CSK, MS Dhoni runs it. In Mumbai also, no one goes up to Rohit Sharma and tells him to select certain players.” He was disappointed over a latest interview in which Gambhir was all praises of the owner and said, “This is your team, I will not interfere.” These being words of comfort every captain would want to hear.

Ganguly also opened up on his relationship with former coach John Buchanan, which again ended on a sour note and not in the best interest of the team.