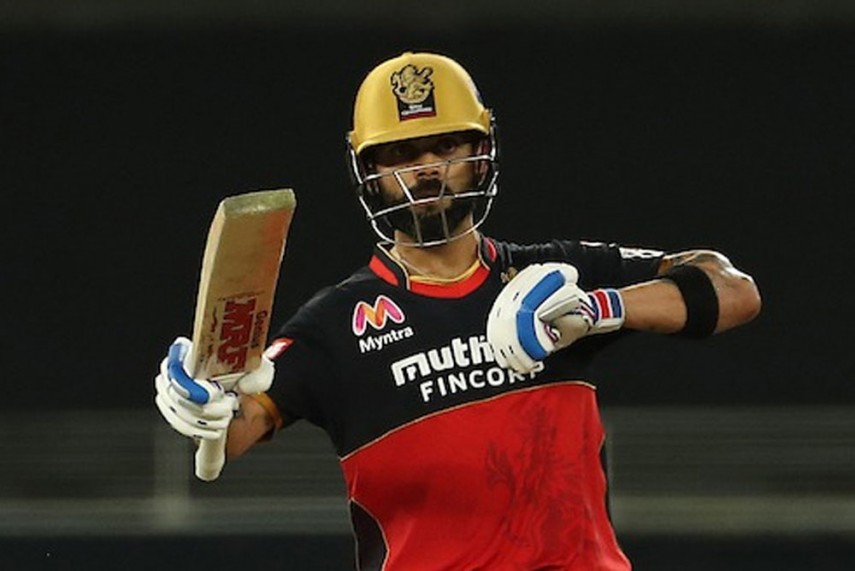 The equation read – 1 Run to Win off 40 Balls. All it required was a single run to sum up a comprehensive victory for the Royal Challengers Bangalore, but skipper Virat Kohli went one step ahead. Virat Kohli ended up running two runs and registering their seventh win of this season’s Indian Premier League (IPL 2020).

Kohli’s Two Runs Send Fans In A Frenzy
Virat Kohli has always been committed and passionate towards the game. Even when his team required just a single run to win, Kohli was seen completing the second run.

That’s always been Kohli’s class – his athleticism. Often you’ll see him sprinting in between the wickets to steal a quick single or convert those 1s into 2s.

The two runs he ran against the Kolkata Knight Riders, left fans in a frenzy; most making a light-hearted moment out of it. Some felt Kohli wasn’t aware of the required runs and perhaps ran an extra.

Mohammad Siraj Shines In RCB’s Dominant Win
Mohammad Siraj was an unlikely hero on a memorable night for the Royal Challengers Bangalore. The pacer had an exceptional opening spell in which he bowled two back-to-back maiden overs and claimed three wickets. His economical spell read 4-2-8-3, and restricted the Kolkata Knight Riders to a mere 84/8 in their 20 overs. The Royal Challengers racing to their victory target with six and a half overs to spare. The win, RCB’s seventh this season, takes them to second in the points table.

Virat Kohli Hits 500th IPL Boundary
Virat Kohli became only the second player in the history of the Indian Premier League to hit 500 boundaries – that’s almost a quarter of the runs he has accumulated in the league till date. Shikhar Dhawan is the only other player to have more hits to the fence then Kohli.

That’s another leaf in Kohli’s decorated career. With his athleticism being second to none, fans can just be treated to many more such performances from him….sans running an extra run!