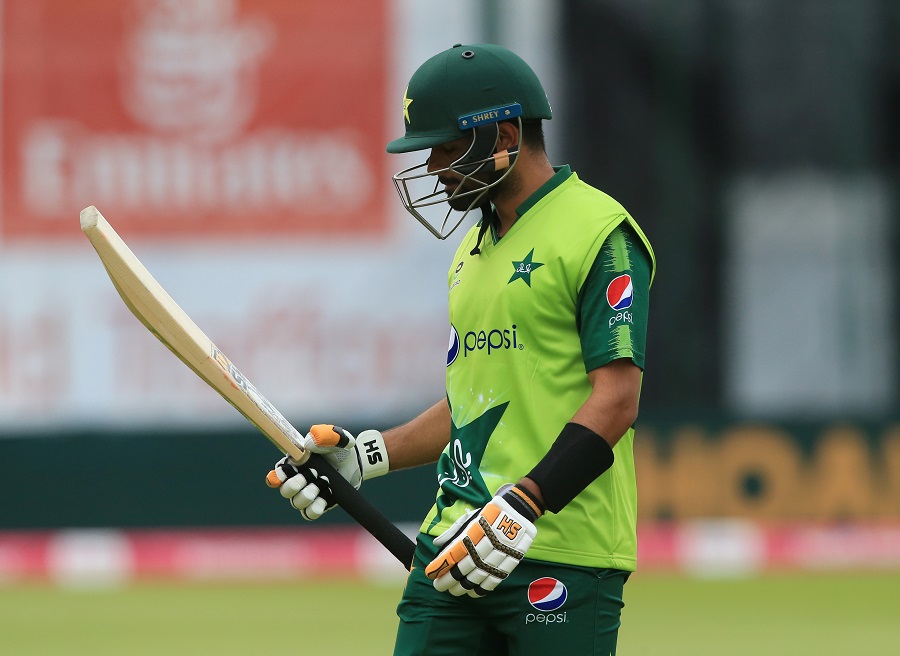 The turmoil surrounding Pakistani cricketers’ behavioral issues seems ever-expanding. A few days after the touring men’s team got reprimanded by the New Zealand higher-ups for flouting quarantine rules, captain Babar Azam now finds himself at the center of a sexual-abuse related controversy.

Early on Sunday morning, a Pakistan-based woman (anonymous as of now) hosted a press conference where she accused Babar of spousal neglect. The woman, claiming to be a former schoolmate of Babar, alleged that the Pakistan captain had promised to marry her back in 2010. But following his success in the 2012 under-19 World Cup, he went back on his promise and severed all ties with his would-be wife.

“Babar Azam promised to elope and marry with me; went back on his word and threatened to kill me”

“Back in 2010, right around the time he was playing his first (u-19) World Cup, he promised to marry me. But after he became a successful cricketer, Babar totally abandoned me,” she revealed.

She further stated that they had planned to elope and marry in court, as their families weren’t accepting of the relationship. “He, in fact, proposed to me after coming to my house. As time progressed, our understanding got better. We made marriage plans, and informed our families too but they refused

“In 2011, Babar and I eloped and having promised me of marriage, kept me at rented places. During that time, I kept asking him about our wedding. But he kept saying, ‘We are not in a position to. With time, we will do it,” the woman recollected.

While she hasn’t been able to legally prove any of her claims yet, the woman has certainly painted a disturbing image for the Pakistan men’s captain. Her claims of physical abuse- including death threats involving intervention from the police- seem particularly endangering for Babar’s reputation.

“He promised to marry me.  I became pregnant with his child, so he beat me up, threatened to kill me, and exploited me. No woman should ever have to go through what I did. I demand justice,” she insisted.

So this lady has made accusations against Babar Azam "he promised to marry me, he got me pregnant, he beat me up, he threatened me and he used me"
Video courtesy 24NewsHD pic.twitter.com/PTkvdM4WW2

The Pakistan Cricket Board (PCB) and Babar haven’t yet made any official statement on the matter. On social media, however, a big number of fans have come to Babar’s defense. Some of them pointed out that at the alleged timeline Babar was only 16, thus invalidating the woman’s accusations.