The Australian cricketer is really excited to see this young talent in the upcoming ICC T20 men's World Cup starting in October. 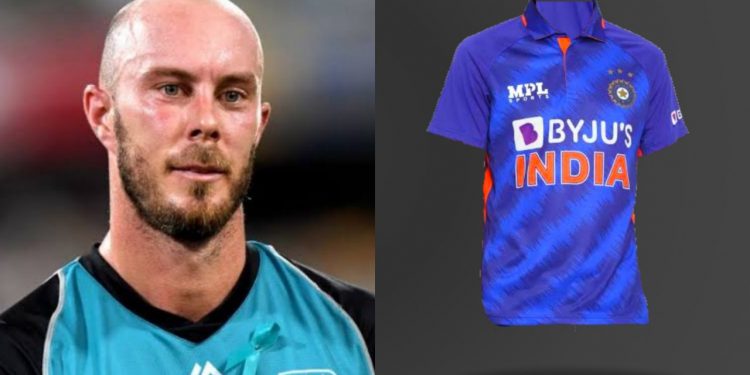 As the ICC Men’s T20 World Cup is going to start this year in October, the 15th edition of the Indian Premier League could prove to be a great audition for the youngsters who want to make it to the Indian team. Few of them have even impressed the fans and they will definitely be under close observation of the selectors. One Indian youngster in particular, has left the Australian cricketer Chris Lynn impressed and he would love to see him in the upcoming T20 World Cup.

Umran Malik made waves in the 14th edition of the IPL as the youngster clocked the speed in range of 150 and troubled the batsmen with his raw pace. Though the bowler impressed everyone with his pace, he needed to work on his line and length. The Kashmiri bowler became a better version of himself in this year’s IPL and has become a headache for the batsmen. His accurate and aggressive bowling has left Chris Lynn impressed who want Umran Malik to play in the T20 World Cup.

Umran Malik has scalped 15 wickets so far in 8 matches which includes an inspiring fifer against Gujarat Titans. While the Gujarat batsmen manhandled the Hyderabad bowlers in the 40th match, they just couldn’t cope up with the pace and accuracy of Umran Malik, who returned with the figures of 4-0-25-5. Out of the 5 wickets he claimed, he castled the stumps of four batsmen including Saha, Gill, Miller and Abhinav Manohar.

The fans have been mighty impressed with the intensity Umran Malik has bowled with. However, it’s not just the Indian fans and cricketers who are praising the young talent, Umran has even left the Australian cricketer Chris Lynn impressed with his antics in the ongoing season of the Indian Premier League. He is proving to a great asset for his team and the Sunrisers Hyderabad are currently on third position on the points table.