‘Ya I have seen Pant, everyone wears it’ – Urvashi Rautela trolls Rishabh Pant and his fan

Bollywood actress Urvashi Rautela mocks Rishabh Pant on social media. Both once rumoured to be a dating each other. 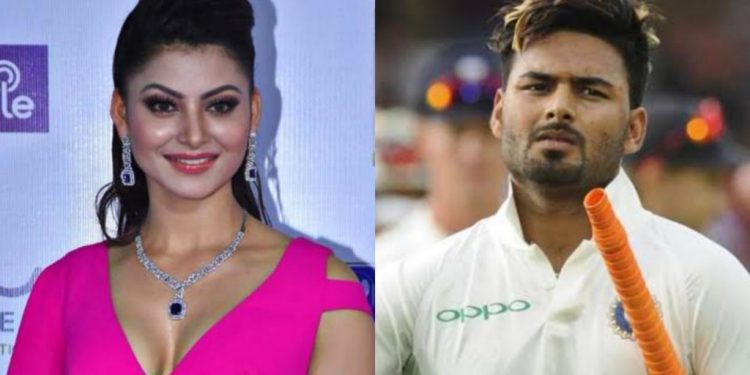 Bollywood actress Urvashi Rautela has been subject to trolling since the time she became a famous name in the entertainment industry. Reportedly, Urvashi and India cricketer Rishabh Pant were once dating each other. However, things could not work between the two as the duo soon parted ways.

While Urvashi lately has been doing well in her acting career, Rishabh is also climbing up the ladder of success since 2021. Recently, the wicketkeeper-batsman smashed a heroic century against the Proteas in the third Test match of the recently-concluded series.

After Pant’s valiant 100-run knock, his fan asked Urvashi if she saw the young batting sensation scoring a ton against the mighty South African bowling lineup. In a witty reply to the fan, the actress mentioned, “Oh U mean 👖ya I’ve seen that cuz everyone wears it. Also Rs 100 I’ve seen inside it 🙏🏻”

Diva’s reply spread like a fire on social media as the netizens could not remain calm and started sharing funny memes related to the incident.

The incident certainly did not leave an impact on Rishabh as he played another crucial knock for his side today. In a tough situation, Pant made run-scoring look easy as he took to Proteas bowlers to the cleaners and scored 85 runs in 71 deliveries.

At the time of writing, India has completed their innings and gave South Africa a target of 288 runs to chase in 50 overs. KL Rahul and Shardul Thakur also contributed well as they scored 55 and 40 runs respectively.

India did not start well but gathered the momentum in the middle overs, all thanks to Pant’s onslaught. However, his dismissal proved to be decisive factor as the visitors were reduced to an average total on an easy batting track.