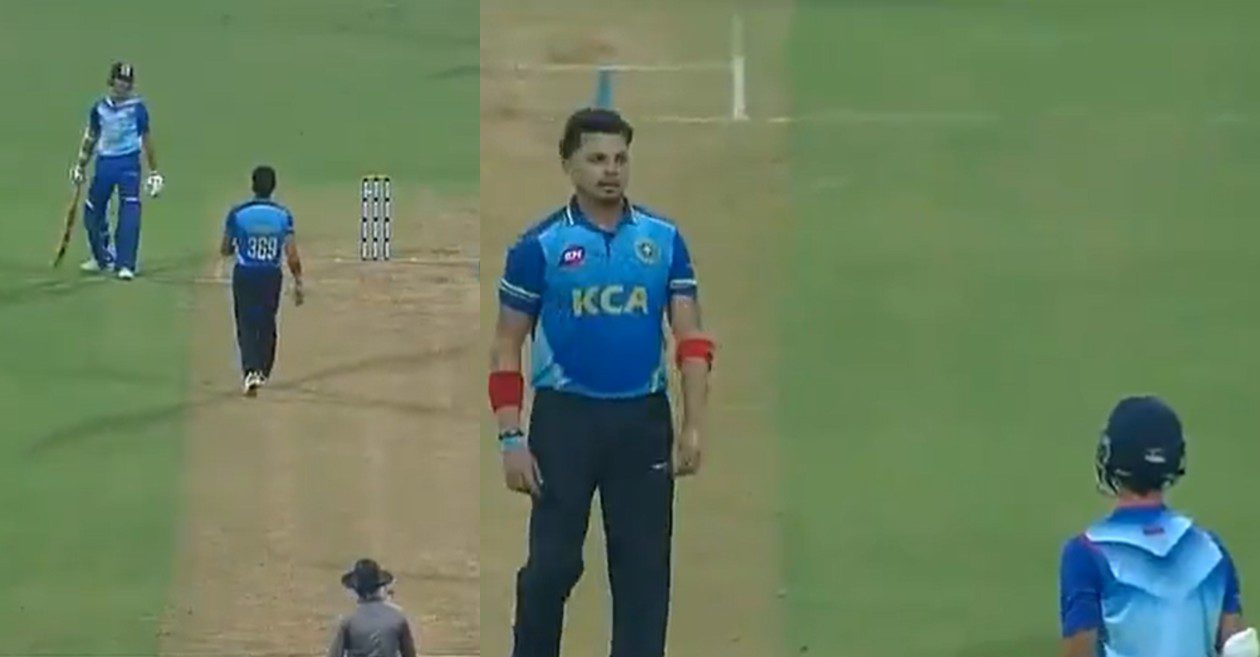 Sreesanth made his comeback in competitive cricket in Syed Mushtaq Ali Trophy 2020-21 for Kerala. The seasoned pacer ended his comeback match with the figures of 1-29 which can be considered as a decent start for the former India bowler. When playing for India, Sreesanth was known for his aggressive and animated behaviour. The glimpse of it was seen in the match between Kerala and Mumbai on 13th January. Sreesanth tried to get into the skin of young Yashasvi Jaiswal but the batsman gave a befitting reply.

Sreesanth took to the field after seven long years after his ban ended in September last year. The pacer was banned for lifetime after he was allegedly involved in a spot-fixing scandal in the 2013 edition of the Indian Premier League (IPL). Later on, his ban was reduced to 7 years which ended in September 2020. He was then longing for a comeback and ultimately selected in the Kerala team for Syed Mushtaq Ali Trophy.

Sreesanth was in his old self as he tried to play mind games with Yashasvi Jaiswal. However, the young batsman got the better of the experienced Sreesanth as he replied aptly with his bat. In the sixth over of the Mumbai inning, Jaiswal tried to hit Sreesanth for a big shot but couldn’t connect to the ball. Sreesanth said something to the batsman after he failed to make the connection.

Yashasvi Jaiswal wasn’t intimidated at all as he went on to hit the next two deliveries for two consecutive maximums. Sreesanth definitely got a befitting reply with those two sixes. As for the match, Kerala comfortably chased a huge target of 197 set by Mumbai. Mohammed Azharuddin set the stage on fire as he scored 137 off just 54 balls. It was a great batting display by Kerala and as a result, they registered their second win on the trot.