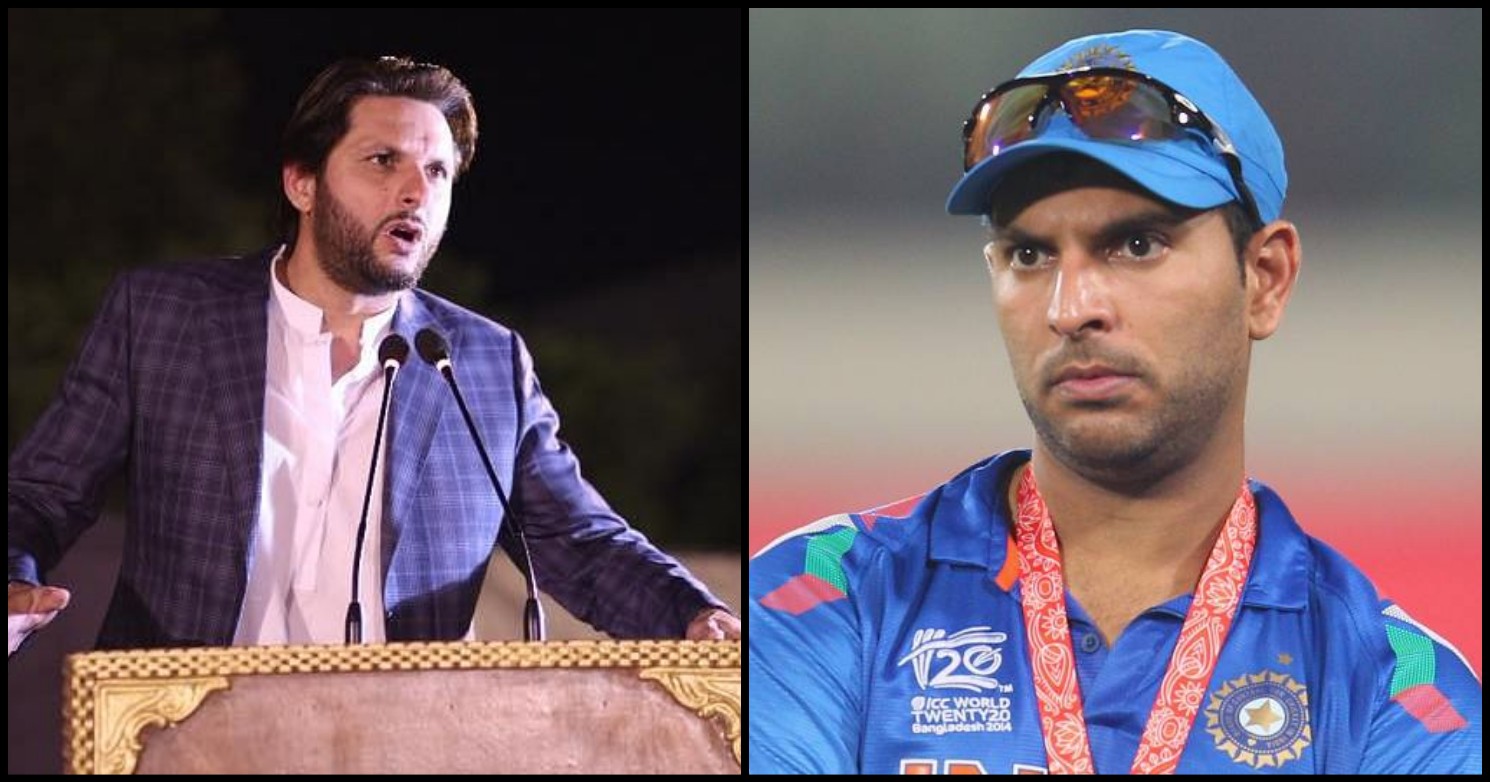 Former Pakistani cricketer Shahid Afridi’s recent comment about Hon. PM Narendra Modi hasn’t quite gone well with fellow cricketers from across the border. After Suresh Raina and Gautam Gambhir, it was Yuvraj Singh who expressed his disappointment at Afridi’s comment. He related the Indian Prime Minister’s thoughts as equivalent to the dreadful COVID-19 disease (coronavirus). In his remarks in which he was earlier all praised to Kashmiri village he was visiting. He remarked, “I am in your beautiful village, I am very delighted. I was planning to visit you all from a long time. The world is currently infected by such a big disease,” said Afridi before taking a dig at PM Modi, saying: “But the bigger disease is in Modi’s mind.”

Afridi’s comments triggered an outburst by cricketers in India; Yuvraj Singh being one of them. Yuvraj  expressed his disappointment through his social media account on Twitter. “Really disappointed by @SAfridiOfficial’s comments on our Hon’b PM @narendramodi ji. As a responsible Indian who has played for the country, I will never accept such words. I made an appeal on your behest for the sake of humanity. But never again.”, tweeted Yuvraj.

Really disappointed by @SAfridiOfficial‘s comments on our Hon’b PM @narendramodi ji. As a responsible Indian who has played for the country, I will never accept such words. I made an appeal on your behest for the sake of humanity. But never again.

Harbhajan Singh wasn’t far behind with his backlash. In a strongly worded response to Yuvraj’s tweet, Harbhajan added – Yes NEVER AGAIN no matter what. “This man (Afridi) is talking ill about our country. All I have to say is we have nothing to do with Shahid Afridi. He has no right to speak ill against our country and he should stay in his country and limits,” Harbhajan added.

Besides Yuvraj and Harbhajan, former cricketers Gautam Gambhir and Suresh Raina too voiced their comments over Afridi’s irrelevant remarks. Gambhir sarcastically tweeted – Pakistan has 7 lakh force backed by 20 crore people says 16-year-old man @SAfridiOfficial. Yet begging for Kashmir for 70 years. Jokers like Afridi, Imran & Bajwa can spew venom against India & PM @narendramodi ji to fool Pak ppl but won’t get Kashmir till judgment day! Remember Bangladesh? Raina on the other hand, exclaimed “Gosh! What all a person must do to remain relevant! Even more so for a nation that is living on alms. So, better do something for your failed nation and leave #Kashmir alone. I am a proud Kashmiri and it is and will always remain an inalienable part of India. Jai Hind!

Just few months ago, Yuvraj and Harbhajan had lend their support in promoting a charity by Afridi. But after Afridi’s remarks, they couldn’t hold back their regrets at it.