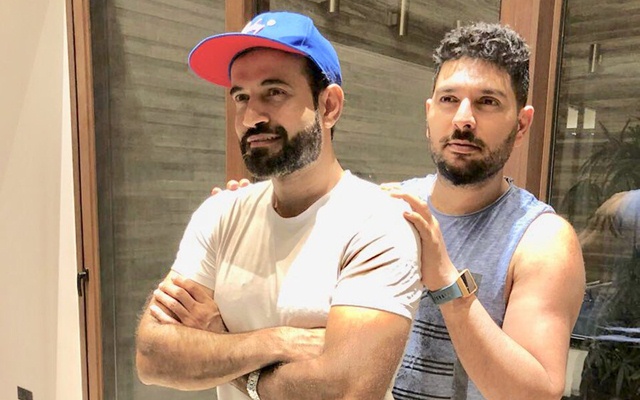 England all rounder Ben Stokes is reaping praises from fellow cricketers and fans alike for his brilliant match-winning display in the second test against the West Indies. Stokes’ performance saw England draw level the four-match series at 1-1. It was his knocks of 176 and 78 in the two innings, to go with three crucial wickets, that earned him the man of the match award. Such was Stokes’ display that its left many in awe, even the Indian duo of Yuvraj Singh and Irfan Pathan had a humorous exchange on twitter India’s answer to Ben Stokes.

Irfan Pathan Praises Ben Stokes
Former India all-rounder Irfan Pathan was one cricketer who was impressed with Stokes’ match-winning performance. In fact, Pathan even raised the bar when he termed Stokes a ‘match-winner’ and if the India team possessed a similar match-winner, they could be unbeatable. Truly justifying Stokes as the top allrounder in modern day cricket. Here’s what Pathan tweeted:

Yuvraj Singh Responds
In no time had Irfan Pathan posted his tweet, his former teammate Yuvraj Singh joined in the banter. It was a fun exchange that was about to follow between the two. Yuvraj funny dig at Irfan – “Are you saying we don’t have a all-rounder who’s a match winner.” (with a funny emoji at the end).

Are you saying we don’t have a all-rounder who’s a match winner 😜?

Yuvraj was India’s top performer at the 2011 World Cup which earned him the Player of the Tournament.

The Yuvraj-Irfan Banter
In what was to follow, the duo was all praises of each other which can be seen throughout their tweets. Here’s an extract of it –

As it stands, Ben Stokes’ performance has been the talk of the town. Let’s see if India who India’s answer could be.