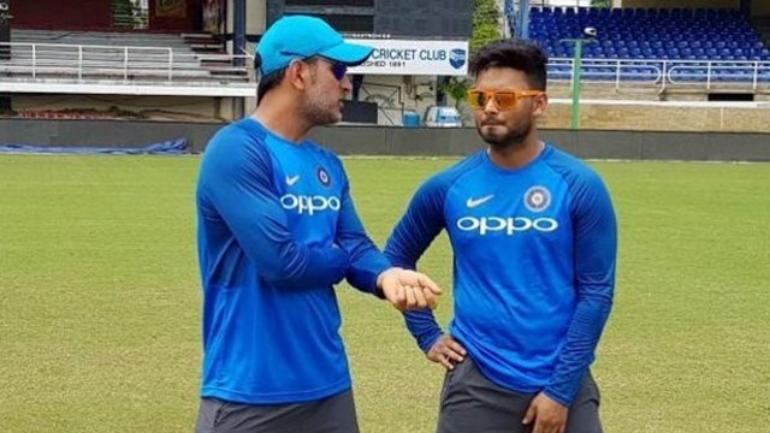 Yuvraj Singh Gives His Views On Comparison Between Dhoni and Pant: The fans are eagerly waiting for MS Dhoni action again for a long time. But still, there is no good news from the centres for MSD fans. According to reports, Dhoni is continuously making himself unavailable for International matches, to have a proper time for young Rishabh Pant in the playing-11. As we all know that young Rishabh Pant has good potential but he is still not able to prove himself. After Dhoni’s retirement selectors are seeing Pant as the replacement of legendary cricketer.

Before the coming T20 WC 2020, Team India have limited time, so they have to find Dhoni’s best replacement asap. However, selectors and some experts are already considering Rishabh Pant as a replacement. But so far he couldn’t make any big impact on the playing-11 with the bat.

Some fans and cricket experts are comparing the young Rishab Pant with legendary cricketer MS Dhoni for his batting ability. However, some are talking that it will be unfair to compare Pant with Dhoni. Recently, Indian former cricketer, Yuvraj Singh has given his views on the comparison between Pant and Dhoni. He said that Dhoni was not made in a day, it has taken many years to get best out of him. And how can we expect a replacement of Dhoni in a day, It will take time, he further added.

“MS Dhoni was not made in a day. It took a few years so it will take a few years for a replacement also. There is one year to go for the T20 World Cup so that is still a long time,” Yuvraj Singh said as quoted by IANS.

Meanwhile, Indian former cricketer, Gautam Gambhir has also expressed his views on the best replacement of Dhoni. Actually, he is taking Sanju Samson ahead of the Rishabh Pant for the role of the wicket-keeper batsman in the team India.

“Personally, I have always backed Sanju Samson ahead of Rishabh for wicket-keeper batsman’s role but it is disappointing to see the team-management using words like ‘from fearless to careless’, ‘rap on Rishbah’s knuckles’ and ‘need for a backup of Rishabh’,”