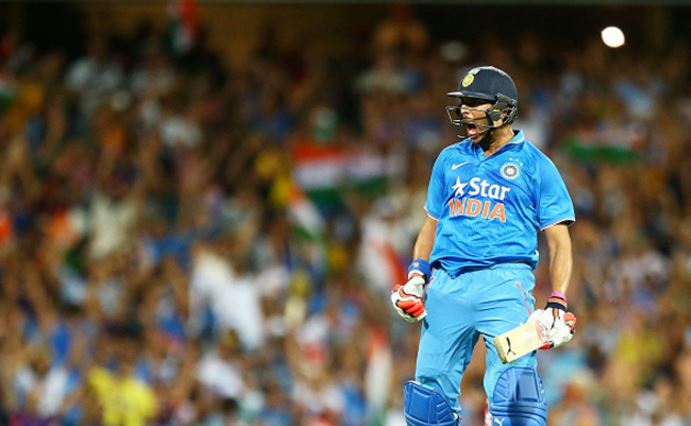 Indian former cricketer Yuvraj Singh and England former cricketer Kevin Pietersen, over the years, praised each other for their brilliant skills. Meanwhile, both have shared several heated moments on the field. However, there is nothing to deny that both stars have respect for each other when it comes to off the field.

Yuvraj Singh and Kevin Pietersen’s relationship wasn’t always good. In fact, they had a huge public spat around 12 years ago, when both the players were at the peak of the careers. Back in 2008, Kevin Pietersen had called Yuvraj Singh ‘pie-chucker’ publicly for his bowling. KP had got out to Yuvraj a few times during the tour after which he had come up with the following statement.

“When the ball is swinging and seaming and you’ve got a guy like Zaheer Khan, who is one of the best bowlers I’ve ever faced, not bowling at you and you’ve got a pie-chucker like Yuvraj Singh bowling at you I really don’t mind. When you get left-arm filth like that it makes you feel really good,” Pietersen had said back in 2008.

Thereafter, Indian all-rounder, Yuvraj Singh had also shared some words in the return. “It shows KP hates getting out to me and if a useless bowler is getting him out five times then I would say that is quite useless batting,” Yuvraj Singh had said.

Recently, Kevin Peitersen has shared a video on Instagram which was originally posted by England and Wales Cricket Board (ECB). In the video, we can see Pietersen hitting two sixes with switch hits off the bowling of New Zealand all-rounder Scott Styris. He has posted the video with the caption, “Just dealing with pies, @englandcricket.”

As soon as Yuvraj Singh seen the video with the caption, he could stop himself to react over that. Actually, he came up with a funny reply. Yuvi wrote, “Well, sometimes u slip on those pies too.” Yuvraj Singh dismissed Kevin Pietersen five times in international cricket.