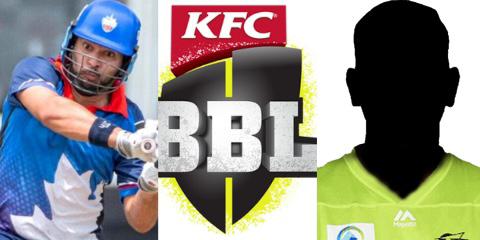 Former Indian cricketers MS Dhoni and Suresh Raina might find themselves competing in this year’s upcoming Big Bash League (BBL) competition. As per reports, the two retired pros, alongside all-rounder Yuvraj Singh- who recently made a  comeback from his retirement; are on the wishlist of several Australian franchises.

The Big Bash League is all set to complete its grand tenth-anniversary this season. So in a bid to provide the viewers some extra perks, the organizers have implemented some exciting rule changes for this year. Arguably, the most significant change this year is that each team will be allowed to feature three, instead of 2-overseas players.

The decision largely comes in wake of the Border Gavaskar test series that will simultaneously be played at that duration, which will deprive several Australian stars the chance to participate. So to not compromise on the tournament’s overall quality, each team can now feature an extra marquee star.

The development has incentivized every franchisee to be more active during the ongoing, player purchase window. The likes of Hobart Hurricanes, Perth Scorchers, and Melbourne Renegades have already signed some big English names into their lineups.

But it seems that the new expansion rule has also focused the interest of franchisees on several big, Indian names; namely Dhoni, Yuvraj, and Raina. Sources close to the event suggest that each of these three stars is likely to play in BBL 10. However, the participation process isn’t going to be that straightforward for everyone.

Raina, Dhoni, Yuvraj on BBL’s radar but will need to get NOCs

As per the Board of Control for Cricket in India’s (BCCI) current foreign-leagues policy; both Raina and Dhoni will have to receive No Objection Certificates (NOC) from them before making themselves available. Yuvraj, however, already acquired his NOC last year to play in the Global Canada T20 League. So his entry process shouldn’t be that arduous- unless the BCCI decides to reconsider its stance over his comeback.

Currently, Dhoni is leading the Chennai Super Kings’ (CSK) dismal IPL campaign in the United Arab Emirates (UAE). His teammate Raina is missing out on the action after he opted out against playing this season’s IPL. Yuvraj, after announcing his IPL retirement last year, is also currently in India, waiting for the domestic season to resume.