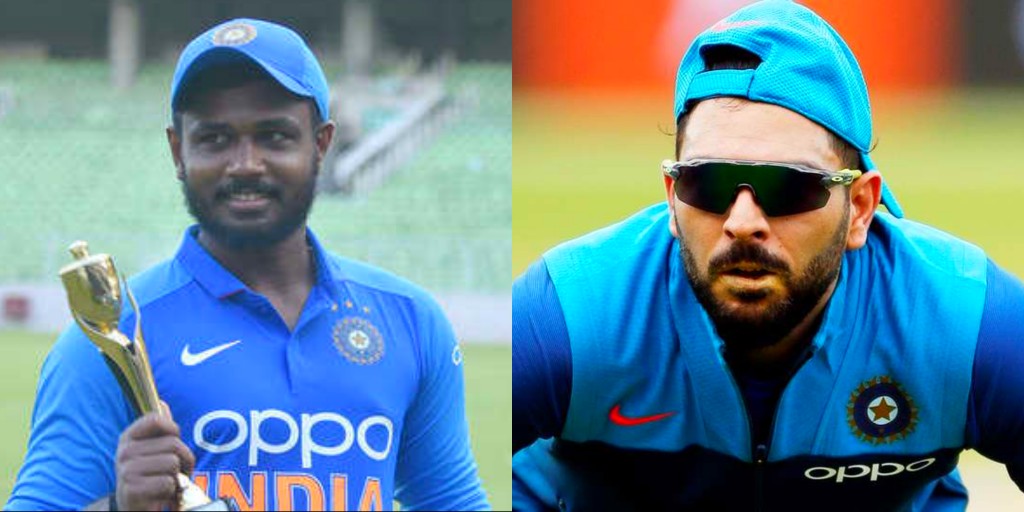 Former Players On Team India No.4

Recently, Harbhajan Singh put his weight for the selection of Sanju Samson as a no.4 batsman after he scored a match-winning 91 off 42 balls vs South Africa A. Harbhajan Tweeted, “Why not Sanju Samson at number 4 in ODI with good technique and a good head on his shoulders. Well played today anyways against SA A”

After this, a very good friend of Harbhajan and successful no.4 batsman Yuvraj Singh takes a dig on BCCI. Yuvi also weighed in on Samson’s selection in Team India with a sarcastic tweet, “Top order is very strong bro they don’t need no.4 batsman “.

Gautam Gambhir also joined Harbhajan and Yuvraj in this matter. The former left-handed batsman hailed Sanju Samson’s batting skills. Gambhir tweeted, “Yes Harbhajan Singh, on current form and his skills this Southern Star, Sanju Samson can bat even on Moon’s South Pole. I wonder if they had space on Vikram to carry this marvel of a batsman. Well done Sanju on scoring 91 off 48 balls against South Africa A side.”

However, despite the consistent performance, Sanju Samson is craving for an India call-up since 2015. Sanju played his only match for India in 2015 which was a T20 against Zimbabwe. Since then, he is never called up in Team India squad.

However, Samson showed a great gesture after the match against South Africa A. He donated his entire match fees to the groundsmen. Sanju said that he did this because they ensured that there were no washouts in the series despite the prevailing inclement weather.