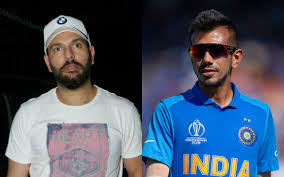 Next year again for RCB…maybe?

The crushing defeat delays their proud team anthem, ‘Ee Saala Cup Namdhe’ (This year the cup is ours) by yet another year. Having said that, RCB fans can take heart from the fact that their team came up with a much-improved performance this year. The likes of Devdutt Padikkal and Washington Sundar delivered some outstanding performances, which now establishes them as core-members of this new-look Bangalore team.

Speaking of RCB’s core-players, leg-spinner Yuzvendra Chahal’s form was yet another positive for the men-in-red. Well assisted by Washi on the United Arab Emirates’ (UAE) spin-friendly pitches; Yuzi ended the tourney as RCB’s strike bowler with 21-wickets to his name.

Presently, Chahal is still in UAE as he, alongside 31 other teammates,  are waiting to board the flight to Australia; the venue for the Indian team’s upcoming three-format international series. In fact, Chahal and his RCB teammates are quite enjoying their remaining days at the Emirates. The team has been making a lot of fun, social media posts lately showing how much they’re enjoying their time.

This ad allowed Chahal’s former RCB and national teammate, Yuvraj Singh, to take a hilarious dig on the leggie. Poking Yuzi about RCB’s umpteenth missed opportunity, Yuvi made a tweet inquiring if Chahal would be watching the IPL finals from his GoPro camera or live at the Dubai Stadium. “You’re going to watch the final on go pro or going to the stadium to watch ?”, he commented.

Your going to watch the final on go pro or going to stadium to watch ? 🤪