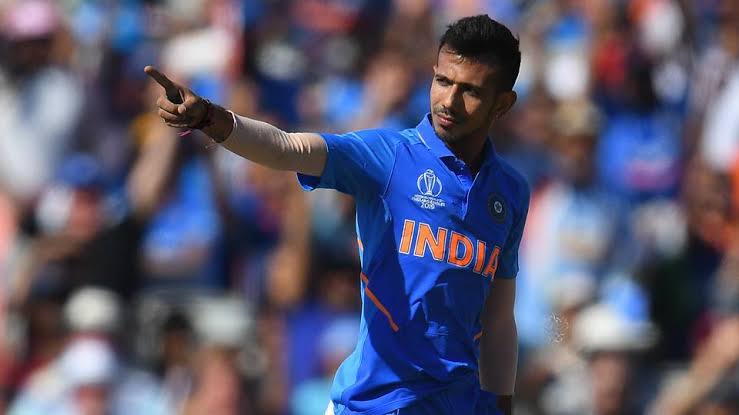 Currently, the Indian team is on the tour of New Zealand for 5 T20Is following by 3 ODIs and 2 Test matches. Meanwhile, India has already got a good lead of 2-0 in the ongoing T20Is series after beating blackcaps in the first two T20Is. And now the next match of the series will be going to commence on 29th January 2020 in Hamilton. Amidst of all, Indian spinner Yuzi Chahal, on Tuesday, hilariously trolled Virat Kohli and KL Rahul for their uppercut shot.

Yuzvendra Chahal is one of the Indian cricketers who always get active on social media. And also he has a great sense of making jokes in the team and it all is helping team India dressing room to fresh up a lot. The Indian leg spinner is also famous for pulling the legs of his teammates on the Chahal TV. Recently, he was in the news for all the wrong reason as he found himself on the receiving end of a Hindi cuss word from New Zealand batsman Martin Guptill after the second T20I.

Since a long time, we have witnessed Yuzi Chahal getting trolled over the Internet for his hilarious activities on the field and off the field. However, not only for this he is famous for but also he has the great ability to troll teammates with his sense of humour. And now once again he has shown why Chahal TV is getting more popular day by day.

Actually, on Tuesday, Indian bowler has hilariously trolled his teammates Virat and Rahul over the Internet. He has hilariously compared his old pic with Virat and Rahul’s uppercut shot. Chahal uploaded the collage picture with the caption, “When they trying to copy my shot not bad keep it up youngsters @BCCI.”

When they trying to copy my shot 😂🤣😜 not bad keep it up youngsters 🙈🙏🏻 @BCCI 🇮🇳 pic.twitter.com/1tirLi1eS8