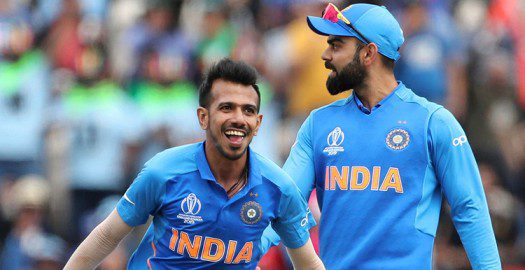 All through this pandemic lockdown, cricketer Yuzvendra Chahal has taken to social media in keeping his amusing antics flowing. Not even so that his recent engagement could keep him at bay. Right from taking funny pokes at teammates to even posting hilarious acts, he has kept fans entertained all throughout. Recently, Chahal came up with yet another hilarious response to a social media post by Royal Challengers Bangalore (RCB).

Royal Challengers Bangalore’s Tweet
With the next edition of the Indian Premier League (IPL) around the corners, south-based franchise Royal Challengers Bangalore (RCB) took to Twitter in engaging with fans. On eve of World Lion Day, August 10th, RCB posted a picture of a Lion and comparing the team captain Virat Kohli to it. The post was captioned – ‘Spot the differences, because we are not able to.’ In no time, Yuzvendra Chahal, the RCB spinner came up with hilarious response to the post, leaving fans in a frenzy. As inspiring was the post, Chahal was equally amusing to it.

Chahal’s Response Leaves Fans In A Frenzy
Known for his sense of humor, Yuzvendra Chahal in an instance responded to RCB’s post on Twitter. His response – ‘Difference hmmm in first pic wearing clothes and in 2nd pic widout clothes’ left fans in a frenzy. Most of them took a funny dig back at Chahal, making RCB’s post a hilarious exchange. However, neither RCB or their skipper Kohli has responded to Chahal…perhaps, we could expect an equally hilarious response from them too.

RCB Aims To Win IPL 2020
The Royal Challengers Bangalore will look to add the IPL crown to their kitty this year having failed on three previous occasions. The Virat Kohli led team will look to turn things around this time when the event kicks off in September in UAE.