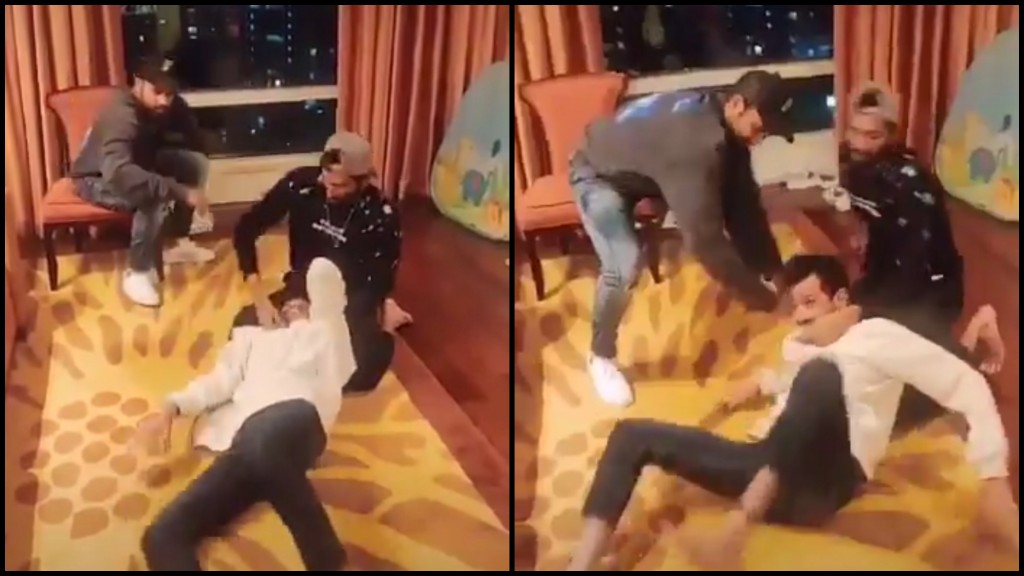 A few days ago, Rohit Sharma and gang had set the Tik Tok on fire. Yuzvendra Chahal had posted a video on his account on the video-sharing app in which he and Rohit can be seen dancing alongside Shreyas Iyer and Shivam Dube. The clip went viral on the internet and many posted their version of the dance challenge.

Currently, Rohit and Chahal are out of the action. The 32-year old batsman ruled out of the ongoing tests series against New Zealand while Chahal has yet to get a Test call-up. Currently, they are spending time with family and friends. Amid, Rohit Sharma and Chahal have returned with another video on Tik Tok. The duo alongside Khaleel Ahmed recreated a funny scene from the popular Bollywood comedy film Dhol.

The clip is trending on the web after Chahal posted it on Tik Tok account and leaving fans in spilt. The acting skill of the trio is hilarious to watch. The dhol film came out in 2007 and was a moderate box office success. The film didn’t do great during the theatrical run but the viewers liked it during its television run. The Dhol film stars Rajpal Yadav, Sharman Joshi, Tushar Kapoor, Kunal Khemu and Tanushree Dutta.

The Duo Set To Return

Meanwhile, Rohit Sharma and Yuzvendra Chahal are expected to return in the action from the upcoming ODI series against South Africa. India will play 3 ODI matches with Quinton de Kock-led side. The series will commence at HPCA Dharamshala Stadium on 12 March. 2nd and the final ODI to be played at Lucknow and Kolkata on 15 and 18 March respectively.

11 days after this series, IPL 2020 will kick start with MI vs CSK match at Wankhede Stadium on 29 March. BCCI has announced the full schedule for the 13th season of the cash-rich league. The upcoming season has stretched to 56 days due to a reduction in the number of double-header matches.