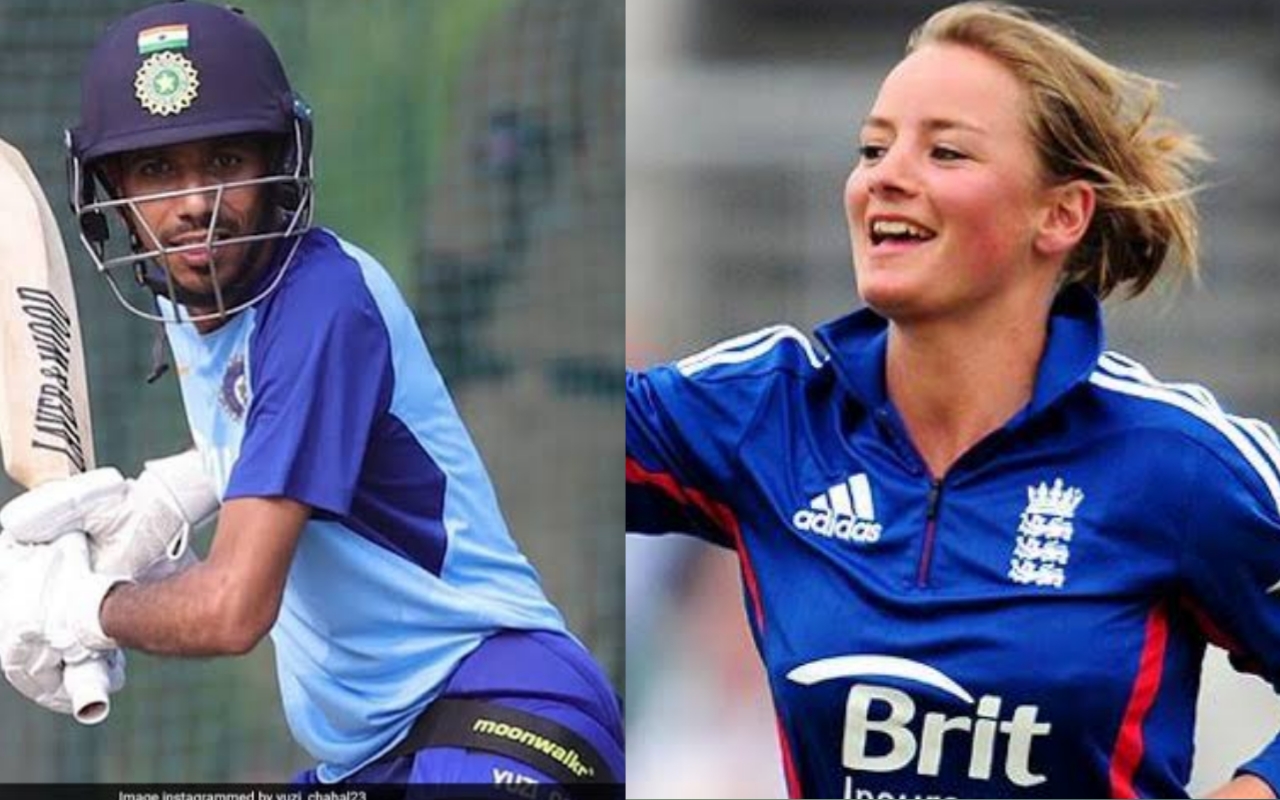 Yuzvendra Chahal Trolled By England Women Team Star Danielle Wyatt: Team India is all set to play their T20I series against West Indies. Meanwhile, the Indian team were practising at Rajiv Gandhi International Stadium in Hyderabad for their first match on Friday. Indian player Yuzvendra Chahal, who is known for his leg-spin, posted a picture on social media of himself batting in the nets. As soon as 29-year-old posted the picture, he was hilariously trolled.

Yuzvendra Chahal is one of the best spinners in the world right now. The leg-spinner has gone from strength to strength since being added to the ODI and T20I team in 2017. He has proved his worth in India as well as outside the country. And also we all know that 28-year-old leg spinner love to bat and from a while, he is taking his batting seriously.

Earlier this year, Chahal entered his name into records after scoring 18 runs off 37 balls in the fourth ODI between India and New Zealand. Meanwhile, he became the second batsman to top score in a match while batting at number 10 or lower positions. Currently, Javagal Srinath is leading the list with 43 runs, scored against Pakistan in 1996 which came while batting at number 10.

Indian spinner Yuzvendra Chahal is taking his batting seriously from a while. This is once again proved right as he posted a picture on social media of batting himself. Chahal took to Instagram to share the picture showing that he is also focusing on batting. He posted the picture with the caption, “Enjoying my day out in the nets”.

Here is the picture

Enjoying my day out in the nets 😎 🇮🇳

As soon as the pictured uploaded on Instagram, there were some hilarious reactions as most of the followers tried to pull his leg. England star cricketer Danielle Wyatt also comes up with a comment to troll the leg spinner. She wrote, “Bowled”. 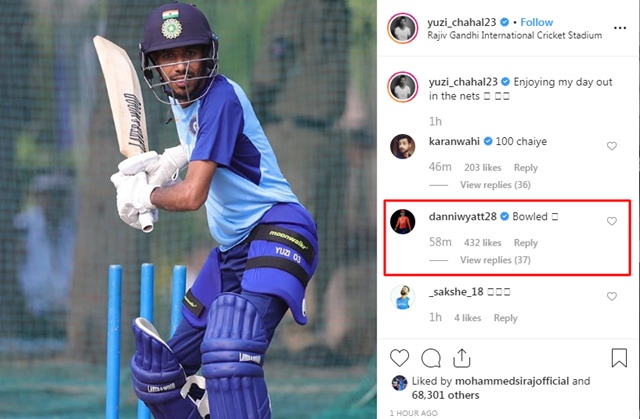