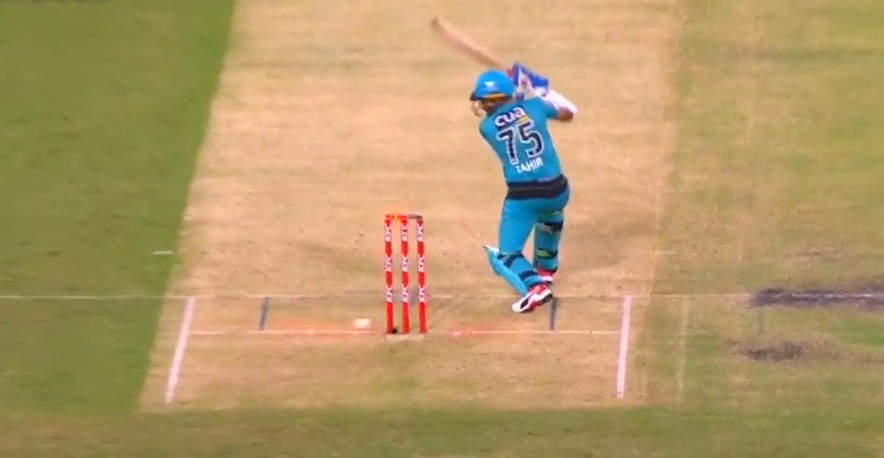 Every cricket fans know that the most famous way to dismiss a batsman is clean bowled. A bowler has to strike the stumps with the ball. But striking the stumps is not the main part of dismissing a batsman. The bails placed over the stumps should also fall. But what if the ball hits the stumps but bails don’t fall off.

We have seen many cases when the ball had touched the stumps but the bails didn’t fall off. This rarely used to happen before when normal stumps were in play. But, now zing stumps and bails are in action in international cricket and T20 leagues around the world. The Zing bails are front and centre in discussions as in some cases the bails were unable to be moved despite the ball hitting the stumps.

Bails Didn’t Fall Off During BBL

Such incidents happened many times during the ICC World Cup 2019. Zing bails are again under fire as today it was the second case in ongoing Big Bash League when bails didn’t move despite ball hit the stumps. During Brisbane Heat and Perth Scorchers match, Heat’s tailender Zahir Khan was bowled by Matt Kelly in the 17th over, but the bails didn’t move despite the light flashing on the right bail.

However, this didn’t help much Brisbane Heat as the team all-out on 109 while chasing 149 runs. No.10 and No.11 batsmen Ben Laughlin and Zahir Khan were the highest scorers on the day for Brisbane with 17 and 19 runs respectively.

How do Zing Bails work?

Zings bails were approved by the International Cricket Council in 2012 and were used for the first time at a World Cup four years ago. A microprocessor in the bail sends a signal when both of its spigots have been separated from their grooves, leading to the illumination of the LED lights in the bails and stumps within one-thousandth of a second.