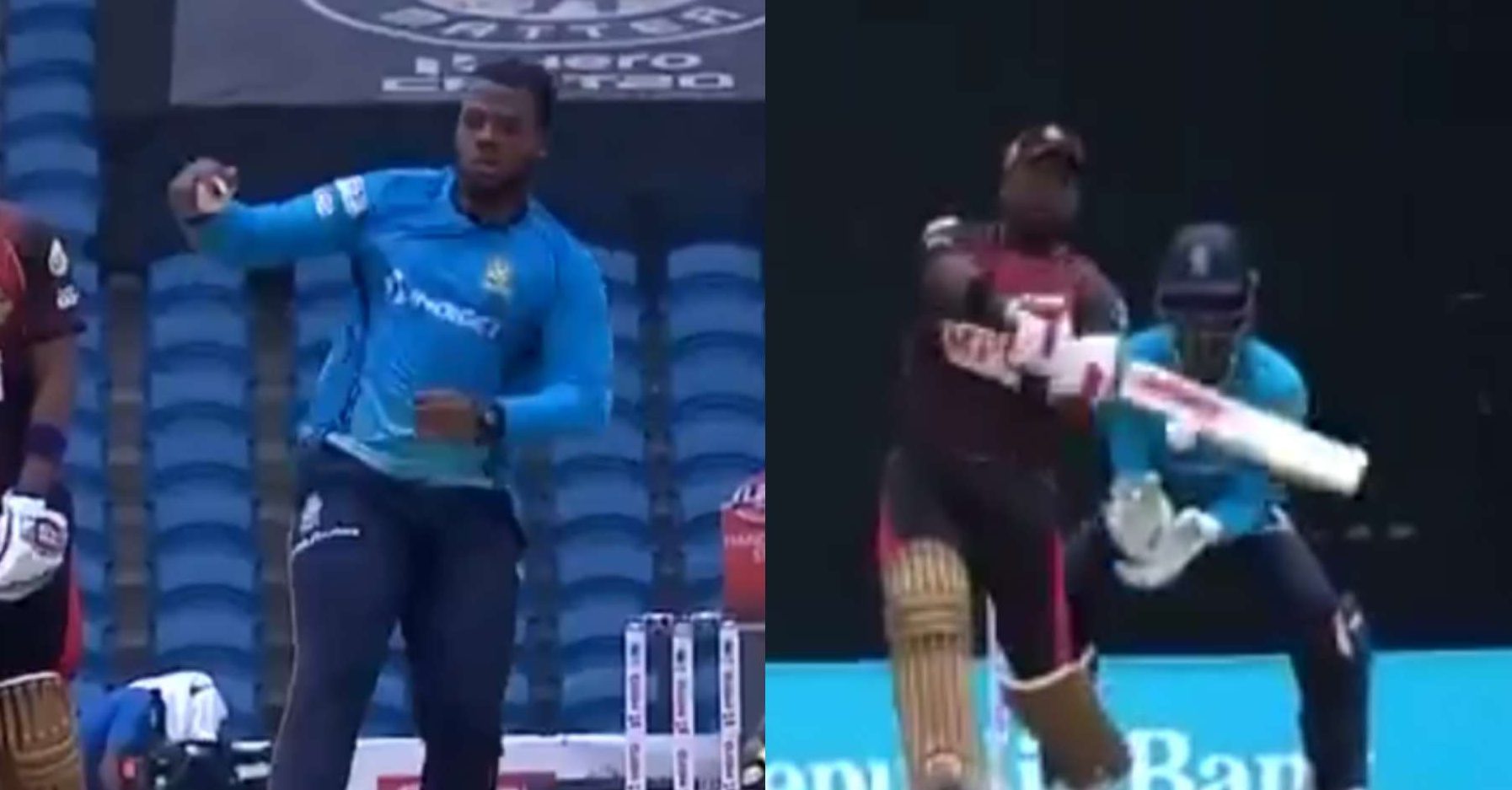 The 2020 season of the Caribbean Premier League came to end on Thursday, as the Trinibago Knight Riders (TKR) completed a perfect, 12-game winning streak to win their third title. Opener Lendl Simmons led the hosts’ batting charge and blazed away to a quickfire, unbeaten 84-run innings. Alongside him, Darren Bravo also compiled a sublime, brisk-paced fifty (58* off 47 balls). The duo displayed commendable composure during their 138-run partnership. Although the opposing St. Lucia Zouks bowling attack occasionally seemed ahead in the game, neither batsman allowed them to get under their skins.

Bravo gave a strong example of TKR’s level head at one point in the innings, when Zouks’ Javelle Glenn tried to distract him. Coming into bowl the 14th over, Glenn had already conceded 9-runs off his first four deliveries. So he tried to spice a few things up for his penultimate ball. Fifth ball of the over; the leggie charged, completed his action- but pulled out from pitching the ball at the very last moment, leaving Bravo on-strike somewhat confused. He even made some taunting hand gestures- nothing rude, but clever enough to impress the keeper. Sports website Cricbuzz’s live commentary team also seemed quite fond of Glenn playing his mind-games. Cheeky!

But as it turned out, it takes a lot more than gimmick, mind-boggling stunts to deter an on-song TKR batsman’s focus. When Glenn did eventually bowl his fifth-ball; it was a half volley- a length, off-slider right in the batsman’s slog-zone. Darren pounced on the gift delivery and pulled the ball hard over the deep-square-leg boundary. Perfect return gift? Well, just in case it wasn’t enough- Darren fired back a few taunt moves of his own. Ha!

A few mind games going on – but they don't appear to have flustered Bravo! #TKRvSLZ 🇹🇹🆚🇱🇨@TKRiders @Zouksonfire @CPL 🏆

Besides his fun jiggly, taunt-moves, Darren and Simmons also came up with a confident, ‘fist-pump’ celebratory style while batting; one that they particularly used against leggie Zahir Khan in 17th over, where they scored 23-runs. The Zouks lost all momentum past that match-defining over- even their ace bowler, Scott Kuggeljein couldn’t get them back on track. It was a sad end for the runners-up, who, earlier in the game, posted a fighting, 154-run first-innings total- courtesy Andre Fletcher, Mark Deyal, Roston Chase, and Najibullah Zadran’s batting. Kieron Pollard (4-0-30-4) and Fawad Ahmed (3-0-22-2) were TKR’s best bowlers.

With the competition now closed, all eyes are on the IPL 13, starting from September 19. Defending champs Mumbai Indians would be raring for MoTS, Pollard’s addition to their star-packed side. They’ll face off against the Chennai Super Kings in the season opener at Abu Dhabi.