All eyes will be on these youngsters when they will go under the hammer in the upcoming Auction. 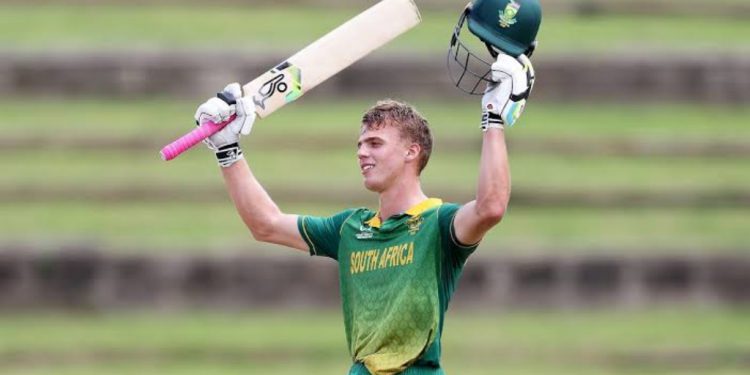 The mega-auction for the 15th season of the IPL is fast approaching, and it promises to be an intense affair thanks to all the talented players who have registered for the event.

The 2022 mega-auction will feature several marquee international as well as domestic players who are almost certain to catch the eyeballs of the 10 franchises gathered. But apart from the established names , there will also be a large number of uncapped players participating. And there’s quite a few of them who could start a bidding war among the teams.

In this article, we will be focusing on some of those said uncapped players, with a special emphasis on some of the superstars who have emerged  from the 2022 under-19 World Cup. Read on to find out our top-4 picks for the most expensive under-19 stars in the upcoming mega auction.

Himachal Pradesh’s 19-year-old all-rounder Raj Bawa has quite a few things going in his favor to be a hot pick in the auctions. He is a dextrous left-handed batsman who bats primarily in the middle order. A lot of teams come to mind who would be eager to have such unique skillsets at their disposal. Rajasthan and Punjab, in particular, have much rebuilding to do; and to have the services of a quality player like Bawa would certainly aid their cause.

Bawa’s batting pyrotechnics were at their best during India U-19’s most recent match against Uganda, where he scored 162* and broke Shikhar Dhawan’s high-score record. Additionally, his ability to bowl a few overs of medium-pace bowling has also been a asset to the teams he had represented. With such an exciting resume, expect Bawa to be a hot pick in the pre-season purchase.

Brevis has the unique distinction of featuring as the only overseas u-19 star on this list. But there’s plenty of reasons for fans to be excited about this promising Protean young-gun.

For starters, Brevis’ ability to play unorthodox shots surprisingly well has already earned him the moniker of ‘Baby AB’. Could AB 2.0 find a home at the franchise that his senior counterpart retired from just a few months ago? Brevis certainly has the stats to back up that claim.

He crossed 50 in each of his appearances in the Under-19 World Cup, and also managed to pick some key wickets with the ball. While somewhat unusual at the first glance, a deeper dive into his performances would earmark him as a must-have backup overseas player for several IPL teams.

Maharashtra’s  fast-and-furious Raj Hangargekar features as the only player on this list with senior level playing experience under his belt. In just 5 List A games, Hangargekar has already managed to pick up 2 four-fers.

In the ongoing under-19 World Cup, however, his bowling has taken a back-seat to bring to light his impressive finishing skills the willow in hand. His 17-ball 39-run cameo against Ireland included 5 sixes, and had a big role in the men-in-blue being able to out-bat their opponents.

Seasoned India ‘keeper-bat Dinesh Karthik has already hailed him as one of the most promising all-rounders to be currently playing the game. Clearly, there’s a lot of hype and scouting interest around the young Marathi lad, which could see him bag a high-paying contract in the mega auctions.

Delhi’s promising opener batter Angkrish Raghuvanshi has been having a blast in the U-19 WC, and his performances might just see him get a contract in the IPL this year.

ALSO READ: 3 Top Contenders to be Next RCB Captain in IPL 2022

Raghuvanshi has shown exceptional form across his last two matches, scoring a century and a half-century against Uganda and Ireland respectively. The Indian cricketing fraternity has been blessed with batters, and top-order batters at that. But Angkrish’s promise and strong temperament makes him a special someone among all the players, and should serve him well ahead of the upcoming auction.