The umpiring in the 15th edition of the Indian Premier League has been very poor which has affected the teams to an extent. 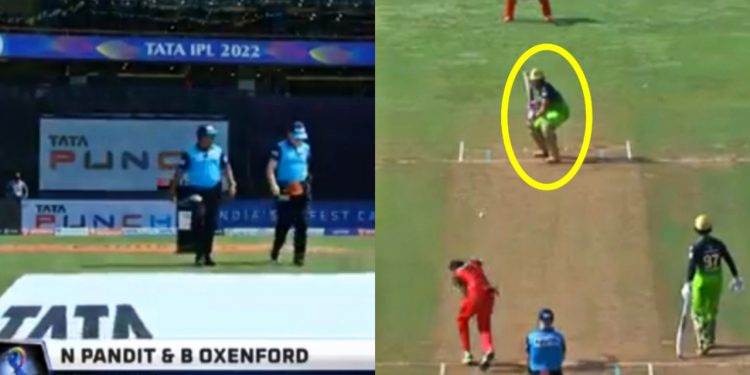 The ongoing season of the Indian Premier League has reached its business end. While a few teams have been ousted, others are trying really hard to make it to the playoffs. The mouth-watering clashes in the tournament have entertained the fans, however this season the umpiring has been very poor. The 54th match of the IPL 2022 edition between Royal Challengers Bangalore and Sunrisers Hyderabad saw another umpiring howler.

Another umpiring howler in IPL 2022

The 15th edition of the Indian Premier League has seen quite a few umpiring errors which have proved to be costly for the teams. Whether it’s a wide or a no ball, the umpires have made blunders on all fronts in the season and another umpiring howler took place in the RCB vs SRH match where the on-field umpires failed to notice the batsman on strike.

The blunder took place at the end of the 11th over of the RCB inning when the skipper Faf du Plessis and Rajat Patidar were batting on the crease. The batsmen didn’t change the strike at the end of the over and the on-field umpires failed to notice the same. This incident didn’t make the headlines instantly but later on it was pointed out by some netizens and since then it has caught the fancy of the fans, who have been critical of the umpires.

Rajat Patidar was the one who was supposed to take the strike at the beginning of the 12th over, but instead it was the RCB skipper who was on strike. Though this howler didn’t really impact the game, the umpires have been receiving backlash for their blunder. RCB went on to post a huge total of 192; courtesy, Du Plessis and Rajat Patidar who played crucial knocks for their team.

In reply, the SRH batsmen never got going and they were bundled up on just 125 runs, handing a victory of 67 runs to RCB. The Hyderabad team has now lost 3 consecutive matches which has made things difficult for the franchise. On the other hand, RCB earned two crucial points and are now one step closer to the playoffs.