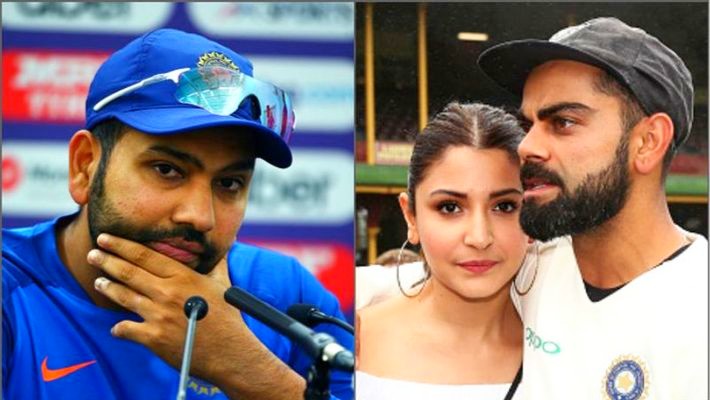 There have been speculations as to there is growing tension among certain players in the Indian team. The opinion started with various reports claiming that incumbent skipper Virat Kohli was most likely going to be replaced by vice-captain Rohit Sharma. Sources close to BCCI reported that many players are unhappy the way Kohli and Ravi Shastri are leading the team. As it stands, Ravi Shastri’s tenure as a head coach stands quite uncertain. Furthermore, the decision to allow Kohli to retain the captaincy might not have gone down well with vice-captain.

The fact that Rohit isn’t following his teammate, and his wife Anushka Sharma, in itself speaks for some of the possible disagreement between the two players. However, Anushka Sharma’s Instagram story further complicates the situation. On the same day when Rohit stopped following Kohli and his wife, the actress posted the following story on her page. 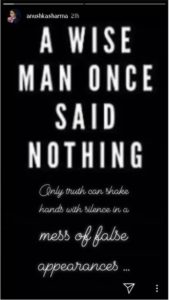 WATCH: Yuvraj Singh walks off despite being not-out in GT20 Canada

“A wise man once said nothing. Only truth can shake hands with silence in a mess of false appearances”. Anushka’s message seems to blatantly attack Rohit for his decision. Interestingly, Virat Kohli still continues to follow Rohit on Instagram, so his stand on the situation is unclear.

Who do you want as the captain of the Indian team? Let us know in the comments.