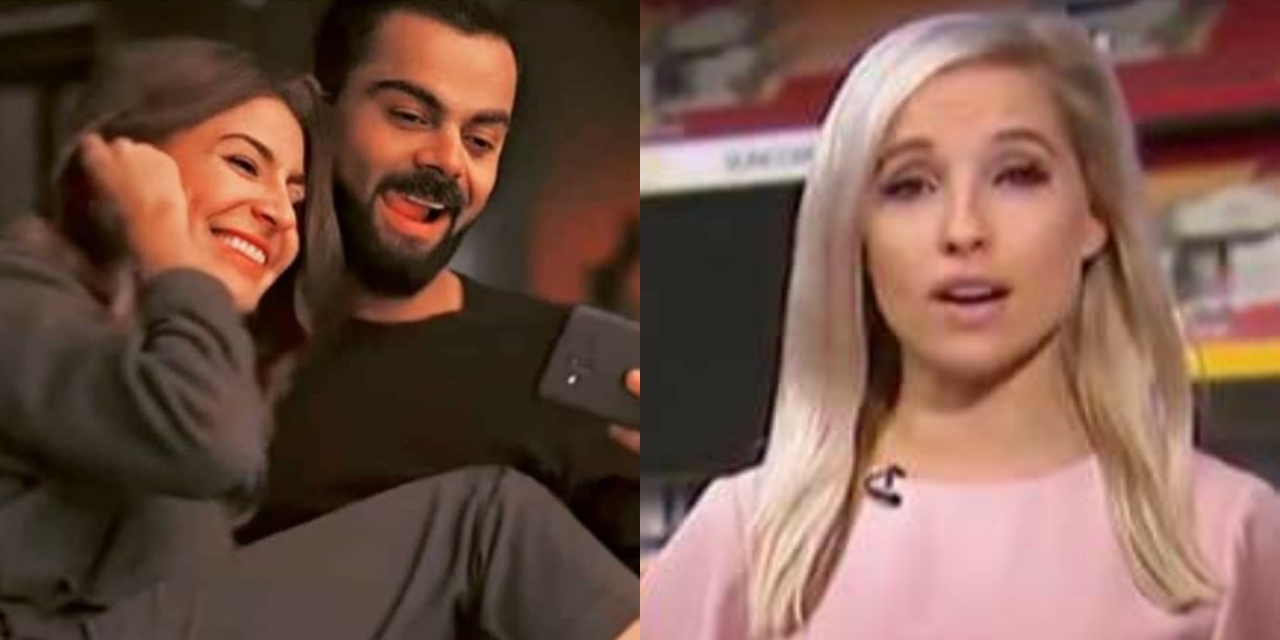 Indian cricket team captain Virat Kohli and his wife, Bollywood star Anushka Sharma are expecting their first child together. While Kohli who was in Australia for the test series has flown back to India. In view of the same, Australian female cricket anchor, Chloe-Amanda Bailey has a hilarious suggestion for Virat and Anushka.

Australian female cricket anchor, Chloe-Amanda Bailey has a hilarious suggestion for Virat and Anushka. She wants the Indian duo to have the birth of their child in Australia so he can grow up to perhaps become the greatest Australian batsman of the future. Bailey posted her suggestion on her Twitter account with a hilarious meme featuring Bollywood actor Paresh Rawal in a still from the movie Hera Pheri.

After a humiliating loss in the first test at Adelaide, India head into the boxing-day test knowing they have a big void to fill in the absence of skipper Virat Kohli and also get back into the series. Kohli has flown back to India on the eve of the birth of his first child. Going into the test, India have a number of questions to answer and disappointments to put behind. Apart from Kohli’s absence, concerns loom over the form of opener Prithvi Shaw who was a major failure in the first test. Mohammad Shami may miss out from the test after injuring his bowling arm while batting in the second innings.

Australia on the other hand will look to cash in on the opportunities which could see them go 2-0 up in the series and retail the Border-Gavaskar Trophy. Australia spinner Nathan Lyon said India have got enough players to fill in the “big hole” left by their skipper.

Gill, Pant in? Shaw, Saha out?

It could perhaps be one of the trickiest team selection debates currently going into the Melbourne Test. Prithvi Shaw one of the biggest letdowns from the first test could face the axe but his effective strike rate could still give him a nod. Or we could rather see Shubham Gill make his test debut. Aggressive batsman cum keeper Rishabh Pant could make it to the team over Saha. However, Saha’s cautious batting approach and keeping skills make him the preferred choice. The bowling department could see Mohammad Siraj make his test debut as Mohammad Shami has been ruled out. All-rounder Ravindra Jadeja could sneak in as an additional cover in the bowling department.