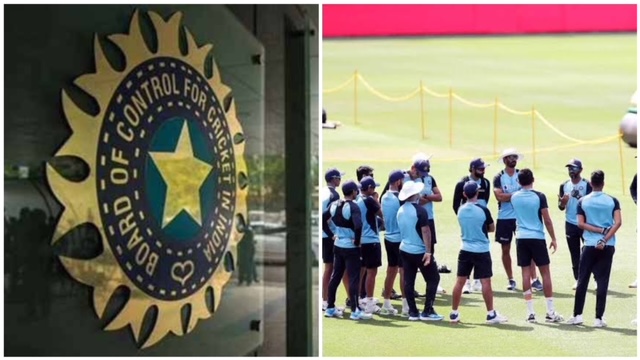 Board of Control for Cricket in India (BCCI) has recently successfully introduced new fitness test 2021 at the National Cricket Academy (NCA) in Banglore. And according to the top sources, six Indian players failed to clear the 2 km run test ahead of India vs England T20 and ODI series. However, Indian team management has also mentioned that these six players will get another chance to clear the new test.

In case these six players failed to clear the test in the second chance, then their inclusion in the upcoming T20 and ODI series against England will come under the scanner. Let you all know that when the yo-yo test was introduced in 2018, Ambati Rayudu, Mohammad Shami and Sanju Samson had failed to clear it. And hence they weren’t included for the tour of England.

As per the reports, two wicket-keeper batsmen, 1 batsman, 2 all-rounders and 2 bowlers had failed to pass the newly introduced test at NCA in Bangalore. These six players are Sanju Samson, Ishan Kishan, Rahul Tewatia, Nitish Rana, Siddarth Kaul and Jaydev Unadkat. As the test is new for the players, BCCI has mentioned that they all will get another chance on a fresh date.

“Since this is a new type of a fitness test, they will all get a second chance to clear it at a fresh date, after some gap. However, if they fail to clear it, then it puts their selection for the forthcoming white-ball series comprising five T20Is and three ODIs against England at home in doubt,” a source told to TOI.

About the newly introduced fitness test