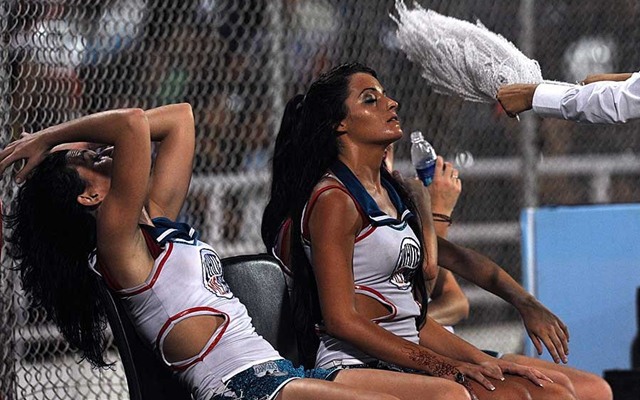 The Indian Premier League is one of the most lovable tournaments around the world. And the tournament is getting more and more famous with passing years. IPL was founded by Board of Control for Cricket in India (BCCI) in 2008. And since that year the league is getting huge success, here everything is top-notch from world-class players to renowned commentators. And the cheerleaders, who entertain everyone with their dance moves have an equal share for the success of this league.

Have you ever noticed why all the cheerleaders are white-skinned?  The people might be thinking that it is because of European and American dancing abilities. But this is not true and the real reason behind this will shock you. It is because of the organizers of the league, don’t want any black person in a cheerleading department. And According to reports, some cheerleaders have also stated that the organisers don’t want Indian girls to wear skinny outfits, which is a sign of racism.

As we all know that Indian Premier League is started, by keeping in mind the enjoyment for the audience as well as for the players. And this tournament is for the players who are continuously playing at International level with a higher pressure. Therefore authorities decided to organize after-parties for the players to get relax and enjoy a get-together. However, some cheerleaders have claimed that most of the cricketers drink badly in the party and which results in improper behaviour from the players.

Even some of the players joined the models for the ramp walk. Once a cheerleader named Gabriella Pasqualotto revealed that some Australian and South African players started behaving badly after drinking. And there are also talks that match-fixing discussion took place in the parties.

As we all know that Indian Premier League is one of the most expansive leagues around the world. Players, Commentators and Umpires have got a good amount for their duties. And by seeing the glamour of IPL cheerleaders, one can expect that they are too getting good amount for their jobs. However, this is not true, they are not getting enough payment for their job. The payment for cheerleaders depends upon the franchises as some teams pay less compared to others.

Also Read: Hardik Pandya Destroys A Fan Who Tries To Tease Him

As we all know that safety is one of the main problems faced by IPL Cheerleaders. According to cheerleaders, most of the Indian audience treat them like sex dolls. And they shout bad words for them from the stands. However, authorities have never tried to fix this issue. And one of the cheerleaders also stated that the fans undervalue their arts and treat them with a disrespectful manner.