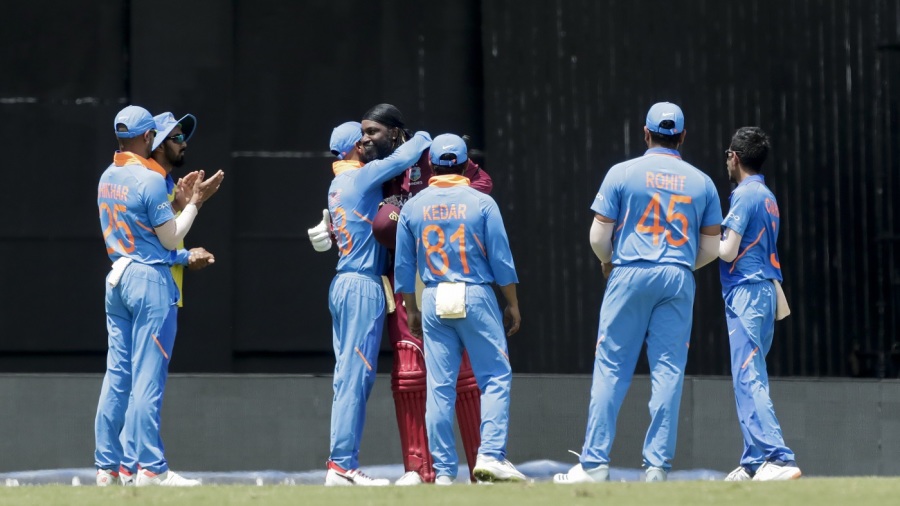 On 14th August the ‘Universe Boss’ Chris Gayle has played his last ODI match of his career. After a brilliant knock in the India vs West Indies third ODI of the series he received a special send off from Indian Team. Chris Gayle is one of the most lovable batsman in the world. He is known for his power hitting and entertaining stuffs.

Chris Gayle started his last One Day Internationals innings with a slow start along side with Even Lewis. The ‘Universe Boss’ once get settled then started destructive the bowlers line and length. He added 72 runs with his power hitting before getting out in just 41 balls. However, Gayle had decided to retire right after world cup but he showed interest to play a last series against India.

Meanwhile, he did very well job in his final One Day Internationals at the Queen’s Park Oval. He entertained the fans with his trademark shots before getting out. Gayle’s one of the best friend Virat Kohli took the last catch of his career. However, Chris Gayle receives a special send off from the Indian Team in his last match.

As soon as Gayle dismissed in his final ODI of the career, Indian players walked up to congratulate Universe Boss for his brilliant career. The fans also thanked him with standing ovations for giving such entertaining moments. And also Gayle and Virat did their trademark high-five style.

In his final innings he started batting with special Jersey number 301 at the back.