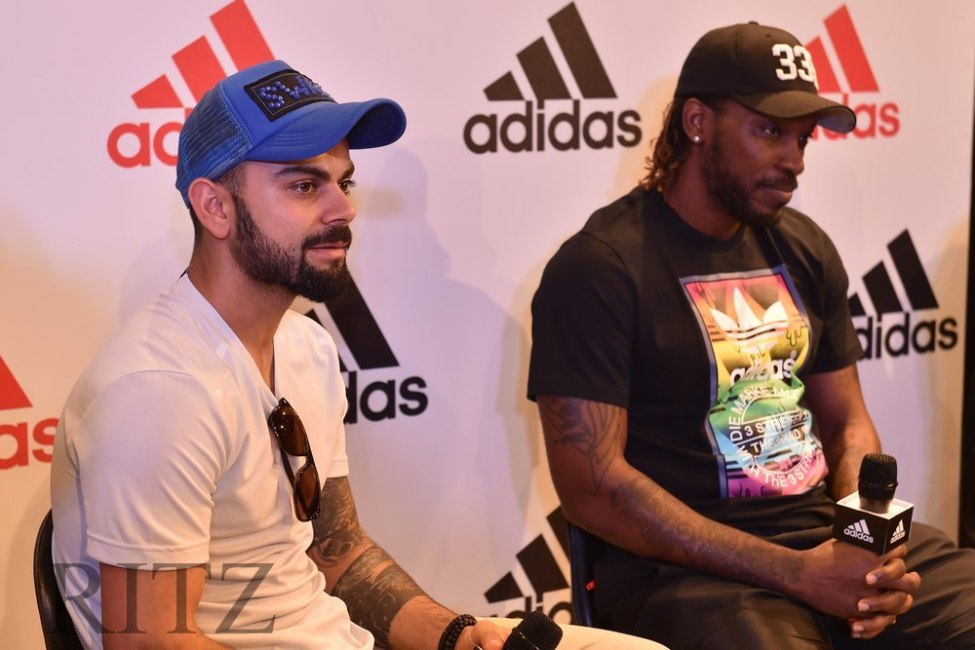 In the second ODI against West Indies, India has defeated Caribbean comfortably with a margin of 59 runs (DLS). However, the match was full of new world records. Kohli Gayle has set up new world records in this match. Let us take a review of the records which has been added into the records book last night.

On Sunday, Virat socred his 42nd hundred in the One Day Internationals and become fastest to reach this feat. Before this Sachin had the record in 406 innings but Virat has took nearly half of the innings then Tendulkar. 30-years-old has achieved this feat in 229 innings. Upon looking this we can conclude that he will break Sachin’s Highest 100s record.

Virat First Batsman To Score 2000 Runs Against Windies in ODIs

Virat Kohli has became first batsman in world to score 2000 runs in ODIs against West Indies. He has achieved this feat in just 34 innings. However, Recently Indian Vice-Captain Rohit Sharma has scored 2000th run against Australia in his 37th innings.

Highest Centuries By A Captain Against One Team

Now Virat has the scored of highest centuries by a captain against one team. Yesterday, he scored sixth century against Windies as in captain’s role. Meanwhile, he broke the record of 5 centuries of Australian Rickey Ponting against New Zealand.

During the second ODI against Windies Virat has broke 26-year-old record of Javed Miandad by scoring first 19 runs in the match. Pakistan former cricketer Javed Miandad was the highest run scorer against Windies before the start of Virat’s innings. As Virat was just short of 19 runs before starting the 34th innings against Caribbean. However, Javed Miandad hold the record for 26 years, he had 1930 runs and now Virat has 2032 runs against West Indies.

Also Virat after scoring 78th run overtakes Indian former skipper Sourav Ganguly. Now Virat has more runs in One Day Internationals then Ganguly. While ‘DADA’ had scored 11363 runs in his career of 300 innings. And now Virat Kohli has 11406 runs in 229 innings.

After scoring seventh run in second ODI against India, Gayle has broke the record of Brain Lara of highest scorer in One Day Internationals for Windies.

Christopher Henry Gayle become first player from West Indies who have played 300 One Day International. Before this Brain Lara has the record of playing 299 ODIs for Windies.

As Christopher Henry Gayle is playing last series of his career. He will be happy to leave the team with new achievements.