As per reports, the Australian board has offered their star batsman a record deal to bring him back in Big Bash League. 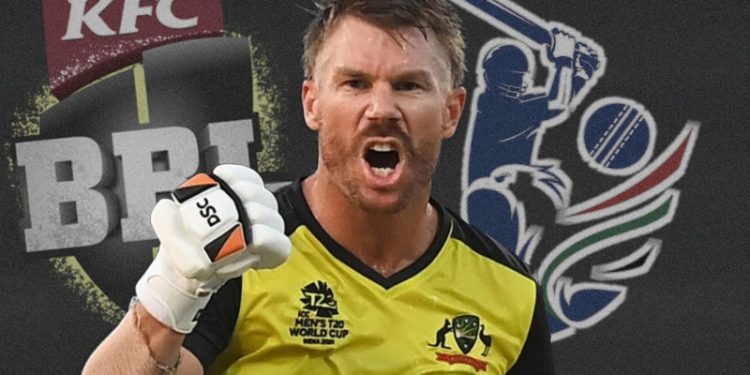 The controversy around BBL participation of the Kangaroo star batsman David Warner doesn’t seem to end. The 35-year-old is allegedly keen on joining the UAE T20 league. Nonetheless, Cricket Australia is not going to let their marquee player go. Not without a fight.

CA is already in a legal dispute with Channel Seven (7), as the broadcasters are not satisfied with the recent coverage quality of the Big Bash League. Letting David Warner go will make things even more complicated between the two.

One of the central attractions of the UAE T20 league is the mega-money contracts that they’re offering. Singing a deal for the Emirates league will see David make around 3.55 crores from the tournament.

Therefore, Cricket Australia is planning to offer David Warner a more lucrative contract that will help him make $500,000 (3.90 crore) for playing in BBL 2022-23.

It is to be noted that David was one of the central players of the Big Bash League during its initial editions. However, he has not featured in Australia’s T20 tournament ever since 2014.

It is evident that CA is trying their best to keep David Warner from joining UAE T20 League. Regardless, if a big-money contract is enough to persuade the southpaw into playing in the BBL remains to be seen.

Money aside, one major reason for the bias of David Warner towards joining the UAE T20 League is the availability of captainship. The lifetime captaincy ban from CA prohibits the batter from leading in every Australian tournament, including the Big Bash League.

“Whether the (captaincy) ban is lifted or not, if he competes at the Big Bash… It is a decision we discuss what is best for the family at this time. Additionally, there is another league (UAE T20 League) playing in the UAE that is financially far wealthier,” Candice Warner, David’s wife, had quoted about a month ago.