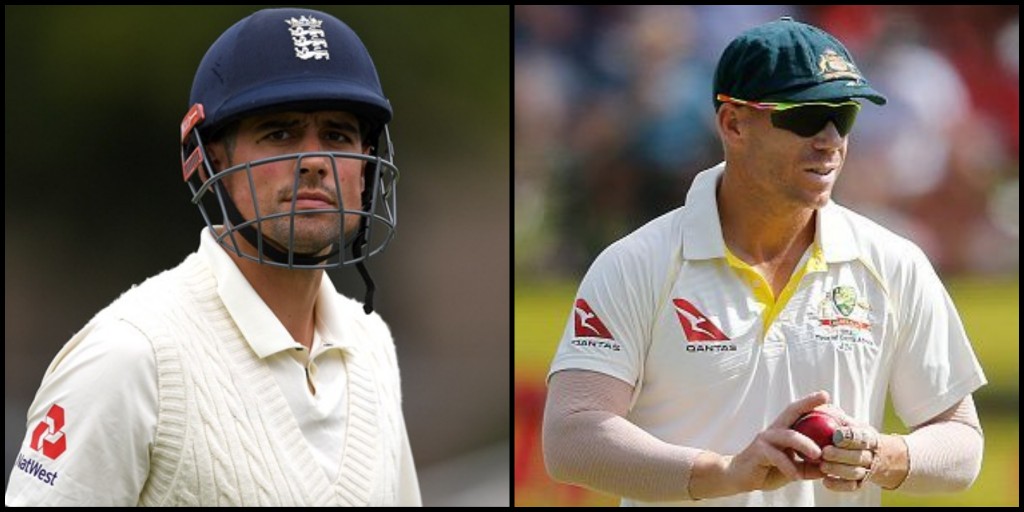 Ball-tampering is considered as a serious offence in cricket. Illegally altering the condition of the ball so it becomes easier to swing the ball, this is all ball-tampering. David Waner and Steve Smith regret their decision of using ball-tampering against South Africa in 2018. Both had faced one year ban after they made fellow cricketer Cameron Bancroft tamper the ball with sandpaper. Warner and Smith are still facing hatred from the fans.

Recently, England’s highest test run-scorer Alastair Cook released his autobiography. In his book, Cook revealed that once drunk David Warner told him how he used strapping on his hand to tamper the ball during a first-class match. Cricketer wrote that Warner told him about the incident when he along with England team shared a few beers with the Australian team after Australia’s Ashes 2017-18 win. Cricketer also wrote that Steve Smith was stopping Warner from telling the secrets.

Cook wrote in his autobiography, “David Warner, a couple of beers into his celebration, mentioned that he used substances attached to the strapping on his hand to accelerate the deterioration of the ball during a first-class match. I looked at Steve Smith who shot a glance that said: ‘Ooh, you shouldn’t have said that,”. Cook further wrote that Australian players go beyond limits with their win-at-all-costs culture. And the Australian audience doesn’t want players to follow this culture.

However, recently Australia retained the Ashes urn. After the first 4 matches, Australia is 2-1 up in the series. Both Smith and Warner made their test comeback with this series after facing one year ban. Smith has forced everyone to praise him with his unbelievable performance. Despite missing the 3rd test match, Smith is the highest run-scorer in Ashes 2019. In 5 innings, he has scored 671 runs and so far has scored 144, 142, 92, 211, 82.

Steve Smith is having a dream form while this series has been a forgettable one for David Warner. In 8 innings, the opener has scored only 79 runs which are even less than Smith’s lowest score in the series (82). However, there is still one match left in the series. The final match of the series starting 12th September.