Team India will look to come back stronger in the upcoming T20 World Cup after their forgettable outing in the last year's edition. 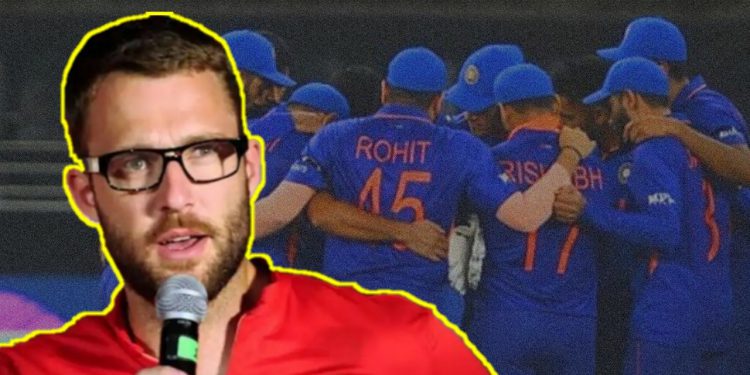 As the 15th edition of the Indian Premier League reaches its end, all the international teams are gearing up for the T20 World Cup which is going to commence in October. Team India will also look to get their combination right as they don’t have many T20 games before the ICC tournament. As the Indian team preps for the World Cup, former New Zealand cricketer Daniel Vettori has picked 3 pacers who should represent the team.

Team India is looking to get their combination right for the upcoming ICC tournament. The Indian team had a forgettable outing the last time they played the T20 World Cup. Their loss in their opening two matches against Pakistan and New Zealand marked their exit from the T20 World Cup 2021. This year, they would like to come back stronger and former New Zealand captain Daniel Vettori has come up with a list of pacers who should be a part of the Indian team.

In the last year’s edition, Bhuvneshwar Kumar, Jasprit Bumrah, Mohammed Shami, Hardik Pandya and Shardul Thakur were the mainstays in the bowling department. Daniel Vettori thinks that this year team India should go in with Jasprit Bumrah, Mohammed Shami and Harshal Patel. Vettori backed Harshal Patel for bowling in the death over, while he praised Shami for taking wickets in the powerplay.

“I think Bumrah and Harshal Patel have to be in the team, just because of their death bowling and what they bring to the table. The third seamer is tough to pick but I think Shami is potentially clearing out because of his ability to take wickets in that powerplay, bowl aggressively through the middle stages, and with the back end taken care of with Patel and Bumrah,” said Daniel Vettori talking to ESPNCricinfo.

It will be interesting to see the combination of the Indian team as they prepare themselves for the T20 World Cup. A lot of youngsters are showcasing their skills in the ongoing edition of the IPL and one of them might get a call-up in the upcoming grand event. The fans will have to wait and watch to get the final combination the selectors come up with.