Australian cricket sustained yet another blow as one of their most celebrated cricketers passed away in a car crash. 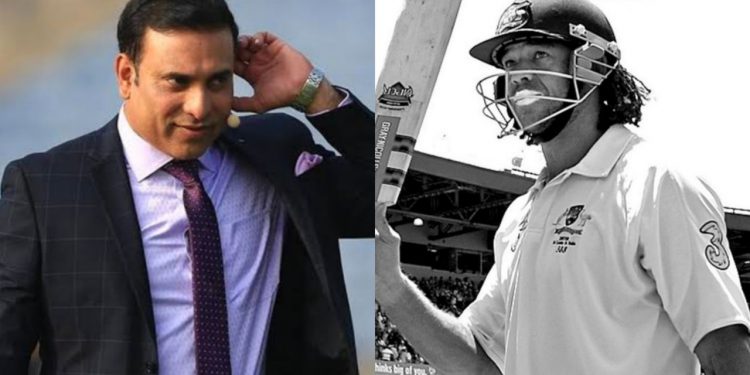 The entire cricket world was left dismayed when the news of the passing away of Andrew Symonds broke, who died in a car crash on Sunday. The cricketers from all over the world expressed their grief on the tragic incident and one of them was VVS Laxman who played with Symonds closely as part of Deccan Chargers in the first season of the IPL. After posting his condolences on Twitter, VVS Laxman apologizes for using an unsuitable emoji.

Andrew Symonds was one of the most interesting and aggressive character on the field. He played each and every game with a lot of intensity and had quite a competitive spirit. His all-round ability played a pivotal role in Australian team’s success in the early 2000s. Laxman was a fellow member of Symonds when they both represented Deccan Chargers in IPL.

Laxman expressed his sorrow with a tweet but used a wrong emoji. Later, after the mistake was pointed out by the netizens, VVS Laxman apologizes for using the emoji. As Laxman posted his Tweet, the fans noticed that he used an emoji which stands for ‘Tears of Joy’. The former Indian cricketer got a lot of replies pointing out the same and VVS Laxman admitted his mistake.

Apologies for the erroneous emoji! Meant to have put out 🥺

Symonds lost his life in a car crash which took place on Sunday. The late Australian cricketer was driving the car and was the only person in the vehicle. According to the police, the emergency services tried to revive the driver, but it was too late as Symonds succumbed to his injuries as the car veered off the road and rolled. Interestingly, the authorities didn’t give out the name of Symonds, instead he was recognized by media outlets and former players.

The Australian cricket has now lost two of its celebrated stars in a short span of time. First it was the leg-spin wizard Shane Warne who left this world on 04th March, 2022 and now Andrew Symonds who was only 46-years old. The sudden demise of the cricketer has surely shaken the cricket world.