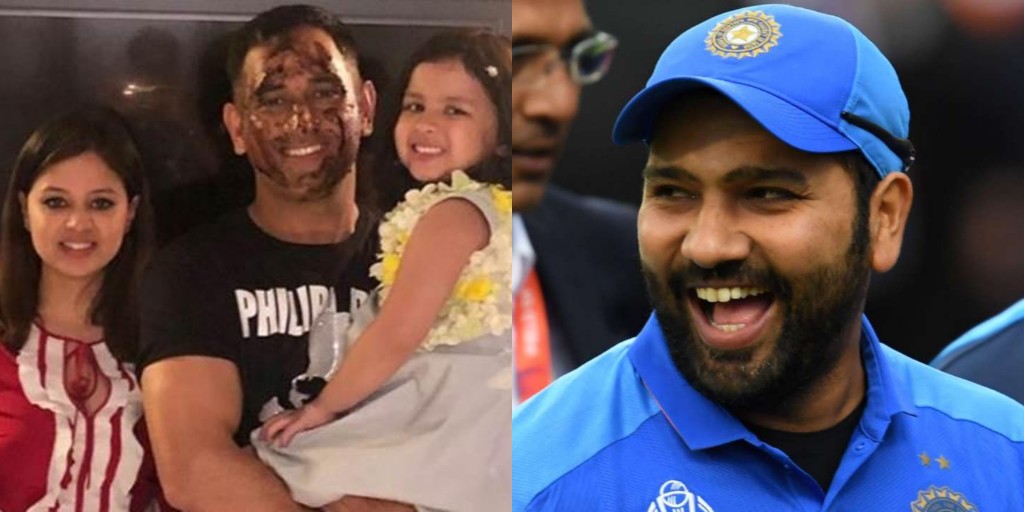 Rohit Sharma who won the man of the match award for his 5th hundred in the tournament had the best reaction about Dhoni’s birthday plans. Rohit having a great fun time in conferences throughout the World Cup. During press conference one of the reporters asked him to tell the plans of Dhoni’s birthday. Rohit replied that the team will decide birthday plans after Australia vs South Africa match.

Is there anyone as candid and funny as @ImRo45? Here's what he had to say when asked about a message for Birthday Boy @msdhoni 😄😁 #TeamIndia #CWC19 #SLvIND pic.twitter.com/aCD23hgKts

Virender Sehwag wishes everyone in a unique style. He denoted MS Dhoni’s birthdate a special day of Cricketing world. Sehwag wrote “7 continents in the World, 7 days in a week, 7 colours in a rainbow, 7 basic musical notes7 chakras in a human being, 7 pheras in marriage, 7 wonders of the world, the 7th day of the 7th month- Birthday of a wonder of the cricketing world # HappyBirthdayDhoni. May God Bless You,”

7 th day of 7th month- Birthday of a wonder of the cricketing world #HappyBirthdayDhoni . May God Bless You! pic.twitter.com/3Xq8ZUWx8p

Happy birthday Mahi bhai! Everyday spent with you is a chance to learn and grow. Thank you for being one of the biggest role models in my life ❤🚁 Swipe left to see the fail one 😂

Rishabh Pant also wished his mentor and big brother as he wrote, “Happy birthday Mahi bhai.Thanks for always being there as a mentor as a brother as a friend. Have more success in life always”.

After winning against Sri Lanka, India finished the group stage at top of the table. And now they will face New Zealand in the first semi-final at Manchester on 9th July.