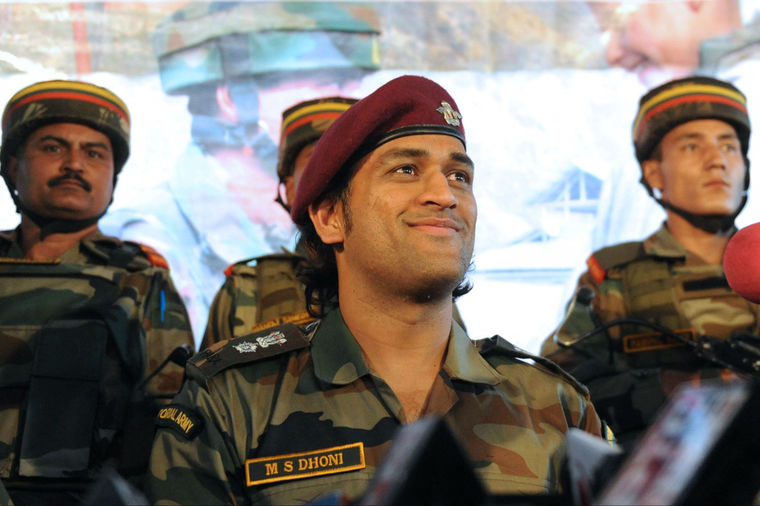 Indian cricket legend Mahendra Singh Dhoni is currently serving his Territorial Army in Jammu and Kashmir. As, since the World Cup 2019, he has taken rest from International Cricket for two months and he will be going to serve till 15 August. However, now, Dhoni also showed interest in starting a cricket academy for J & K youngsters.

A Special Gift From MS Dhoni To Kashmir

Indian Prime Minister Narendra Modi has already given a gift for Kashmir People. As Modi Government has removed Article 370 and 35A from Jammu and Kashmir. However, this decision from Indian Government will be gift for Kashmir People in terms of their wealth maximization. And also this decision can help in removing terrorism from Ghati which in results improve the livelihood.

Now, After Article 370 revocation, legendary wicket keeper batsman wants to give a special gift for Ghati People. MS Dhoni has come up with a special gift for Jammu and Kashmir. According to the reports Indian cricket team former skipper is likely to open up cricket academy in Kashmir.

As per a report, Dhoni will formally tell the Sports Ministry about his plans to open an academy in Kashmir in the near future. This decision from Indian legend can help to improve the cricket level in Jammu and Kashmir. However, officially Dhoni has not shared any plan yet to open a cricket academy.

Lieutenant Colonel MS Dhoni’s next plan is very special for him as well as for his fans. As he will going to Unfurl the Indian National Flag on the occasion of Independence Day. He will hoist the national flag of India in Leh, this will be a historic moment for the country as its first independence day after removing Article 370.

Since India lost to New Zealand in World Cup 2019 semi finals, Dhoni has taken rest for two months. After the slow innings in the semi finals cricketer was criticized by some fans. And also there were talks of his retirement from the International Cricket. But later on Indian skipper Virat Kohli told that he will continue till 2020 T20 World Cup.

As Lt. Colonel is currently serving Indian Army till 15 August. He will be expected to return back on the cricket ground in the upcoming series against South Africa. India’s tour of South Africa is going to start from September 15 with a T20 game at Himachal Pradesh Cricket Association Stadium Dharamshala.