Shastri made some obvious choices but did not select veteran batter Dinesh Karthik. However, the cricketer-turned-commentator chose Hardik Pandya to be the finisher. 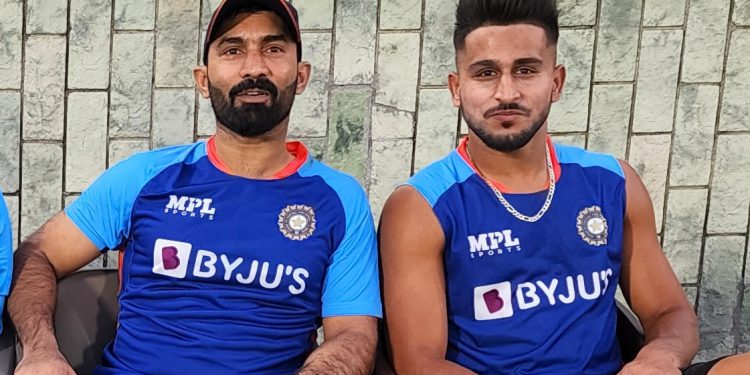 The event is set to take place on June 9 at the Arun Jaitley Stadium in New Delhi. Noticeably, in the apparent lack of senior players such as Virat Kohli and Rohit Sharma, the Men in Blue will face the Proteas in a five-match T20I series led by KL Rahul.

Shastri made some obvious choices but did not select veteran batter Dinesh Karthik. However, the cricketer-turned-commentator chose Hardik Pandya to be the finisher. Not to mention, Pandya had a fantastic season in the recently completed Indian Premier League (IPL) 2022, where he led Gujarat Titans (GT) to title triumph and managed to finish as the tournament’s 4th highest run-getter.

Shastri chose Rahul along with Ruturaj Gaikwad for the opening position and Ishan Kishan as his number three. After Kishan, Shastri chose Shreyas Iyer, Rishabh Pant, and Pandya.

In an interaction on the Star Sports show ‘Game Plan’, Shastri stated: “I think they will go with the guys they will want to see first – the Rahuls, the Ruturaj Gaikwads – maybe they will open. They will probably give Ishan (Kishan) a break in this game or bat him at three.”

Ravi Shastri chose spin-bowling all-rounder Axar Patel at No.7 and Yuzvendra Chahal as his spin-bowling companion. He also added pacers Bhuvneshwar Kumar and Harshal Patel to the team and stated that one of the newcomers — Arshdeep Singh and Umran Malik — both of them have received their maiden call-up to the Indian squad following a super show in IPL 2022 and will play depending on the ground conditions.

He elaborated: “No. 7 will be Axar Patel. I think eight will be Bhuvneshwar Kumar batting-wise, then Chahal, Arshdeep Singh/Umran Malik and Harshal Patel. Umran or Arshdeep depending on the ground and what the pitch is like.”