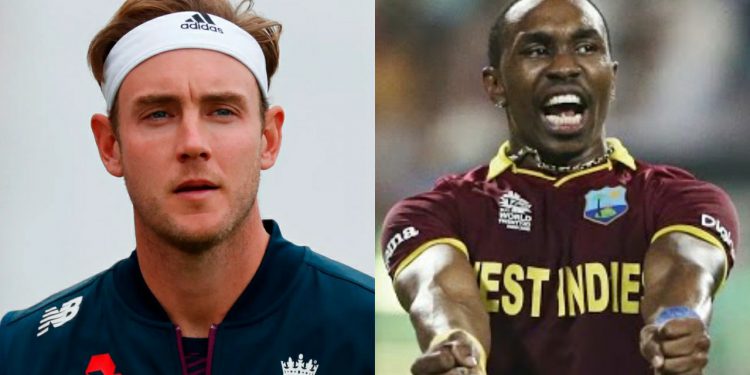 With the T20 World Cup 2021 being just a few months away, the predictions about the winner have started coming in. Stuart Broad while speaking to Sky Sports made a bold statement related to the T20 world cup. He said that the England T20 team has got all the bases covered to win the T20 World cup 2021.

England’s recent form in white-ball cricket has been tremendous. They first crushed the Pakistan side 3-0 in the ODIs and then after losing the 1st match of the T20 series, came back to win the series 2-1.

The England Pacer, Stuart Broad was speaking to Sky Sports after the conclusion of the 3rd T20 of the series, that’s when he made a prediction about the T20 World Cup 2021. He said,” I was just watching Morgs [Morgan] lift the trophy, and I think we will win the World Cup. We have got so many bases covered.”

He also added about the strong batting line-up the England T20 team has. With Livingstone, Curran, and Jordan batting at 7, 8, and 9 respectively, Stuart feels England has great depth.

A bold prediction from @stuartbroad8 – and, yes, @wardyshorts, it is on social media for all to see! 😂📱

Dwayne Bravo trolled Stuart Broad by commenting on an Instagram post. Bravo termed Stuart Broad as a comedian for his prediction about the England team winning the T20 World Cup 2021. At the same time, he wished all the teams ‘all the best’ and said “let’s wait and see who wins”. Through his sarcastic comment, he signaled the determination of the Windies team to win the World Cup.

Later on, the former Indian spinner, Murali Karthik was also seen commenting on the same post. He joined Bravo to troll the English fans. “I think England jinx their own team by saying it’s coming home for everything even when the Trophy is Millions of miles away,” Kartik wrote.

Through his comment, Kartik reminded the England fans about the UEFA Euro final loss which happened just a few days back. Stuart Broad, who is generally a very active social media user, has not replied yet to any of the trolls.