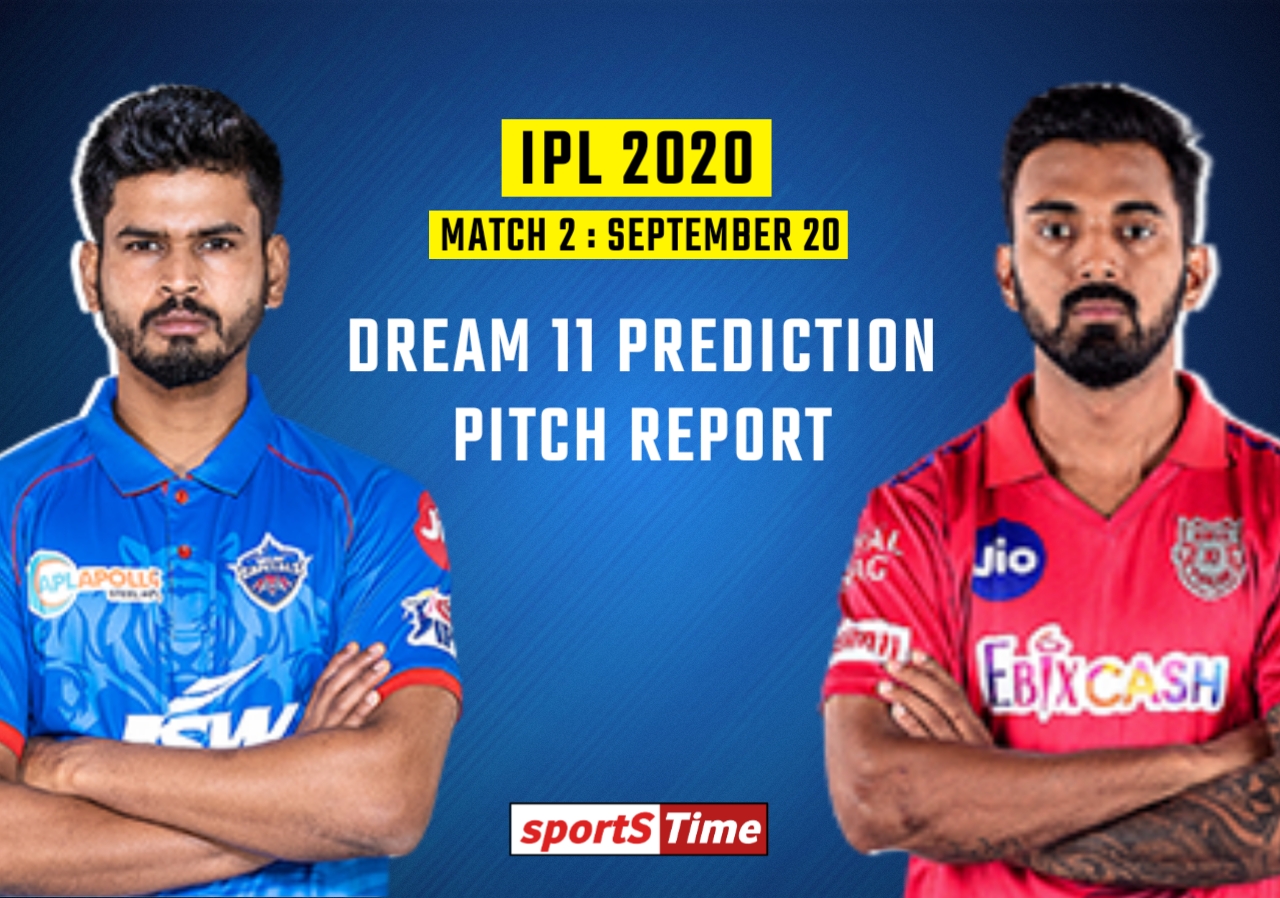 From one, scintillating season-opener featuring the best two sides in the tournament, the action moves up to the North; as the Delhi Capitals will lock horn against the Kings XI Punjab at the Dubai International Stadium, here you will get to know about Pitch Report and Records and also about the team news. There’s a lot of similarities between the two sides- none more prominent than the lack of silverware in their respective trophy cabinets. More importantly, though, both sides feature two young and dynamic batting mainstays of the national side at their helms. Both KL Rahul and Shreyas Iyer would be eager to return from their 6-month long cricket break in winning ways. Thankfully, the power-packed sides both of them have at their disposal should give them a strong shot at achieving that. Gives us a fun role, too- to predict the perfect fantasy XIs. Here we are providing information to Fantasy Players who are searching for DC vs KXIP dream team for 2020 IPL.

Like most other pitches in the UAE, the DIS tends to have a natural dryness to its surface which should come in handy for spinners. Fast bowlers will certainly relish the prospect of lobbing spicy, short-pitched jaffa’s to perplex batsmen. Teams batting first fare slightly better on this surface, as evident from the 34: 26 win-loss ratio. The average first-innings total is 144, which goes down by almost 22-runs in the second-innings.

With temperatures hovering around 38 degrees Celcius, the players should be well-prepped for a gruelling day on-field. Humidity is also going to be a slight problem, particularly for spin and swing bowlers looking to extract turn from the moving ball. It’s going to be moderately windy with the average wind-speed around 24kmph.

Delhi is almost certain to miss their three Australian stars- Marcus Stoinis, Alex Carey, and Daniel Sams- who’re currently partaking in the England-Australia series. Punjab, meanwhile, will miss the services of Glenn Maxwell in the middle. That said, both sides feature several impressive performers from the Caribbean Premier League in their ranks to cover for the absentees.

Shimron Hetmyer and Keemo Paul both played brilliantly for the Guyana Amazon Warriors in the CPL, and should be clear walk-ins to the Delhi side. Kagiso Rabada and Sandeep Lamichhane should complete the Capitals’ overseas quota. Ravichandran Ashwin, Amit Mishra, and Lamichanne should lead their strong, triple-pronged, spin-bowling attack.