Team India and England are battling in the 5th Test match of India's tour of England in Edgbaston. 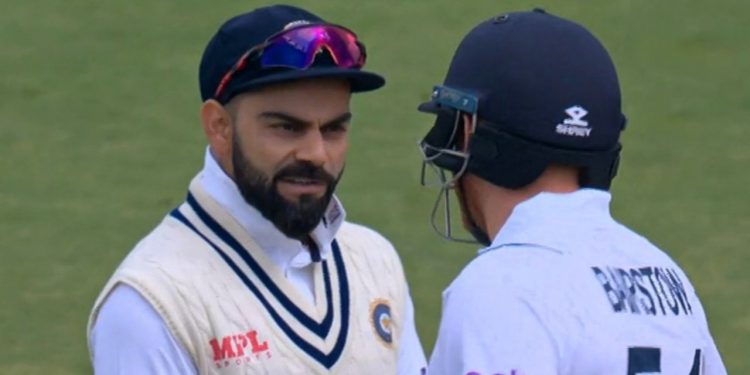 The third day of the rescheduled 5th Test between India and England went underway in Edgbaston today where team India entered the field with a plan to wrap up the English batting line-up as quickly as possible. However, what has transpired so far is totally different from what India would have thought of. The first session of the third day saw a heated exchange between Virat Kohli & Jonny Bairstow which added spice to the contest.

Team India ended Day 2 of the match on a high as they sent back half the English team back to the pavilion by the time the day ended. The Indian bowlers came out with an intent on the third day as they bowled tight lines and troubled the batsmen. It was during this time that Virat Kohli & Jonny Bairstow got involved in an exchange of words which turned the heat on in the contest.

Things got tense during the 32nd over of the England inning as Virat Kohli & Jonny Bairstow were seen exchanging words. The verbal spat between both the players was caught on the stump mic and Kohli was heard saying “Shut up. Just stand and bat.” Things got so serious that the umpires had to come in between and resolve the issue between the two players.

It's tense out there between Virat Kohli and Jonny Bairstow 😳#ENGvIND pic.twitter.com/3lIZjERvDW

ALSO READ: Ravindra Jadeja takes a dig at James Anderson after latter’s comment on his batting

After the spat between Virat Kohli & Jonny Bairstow, things changed completely as Bairstow took the attack to the Indian bowlers. The duo of Stokes and Bairstow notched up a 66-run partnership and steadied the ship for England to an extent. Bairstow continued with this attacking intent and completed his fifth century of the year. Team India need to pick quick wickets to get a significant lead in the first inning. They will look to get Bairstow as soon as possible as the English batsman has turned dangerous for the Indian team.