Faf du Plessis all set for his BBL comeback; Melbourne Stars hints at picking him

Faf and three other South African players announced as the first batch of nominees for the BBL overseas draft. 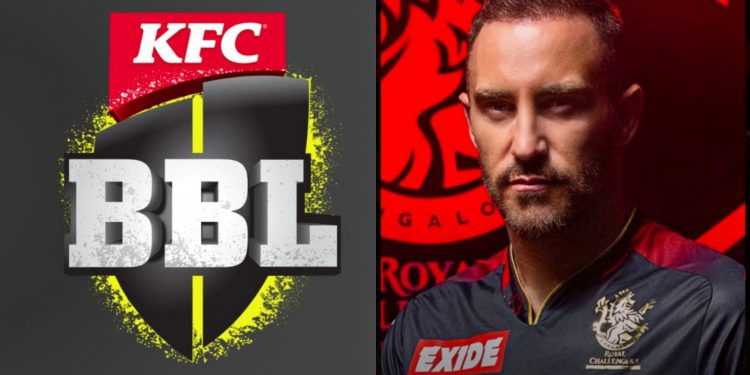 The Big Bash League, for the first time, will be adopting the draft process in order to rope in the foreign players. The new approach is understood to be adopted in order to attract some big names into the league by providing attractive salary caps. The move already seems to have been liked by the South Africans as the Former South African captain, Faf du Plessis has registered for the BBL overseas draft with 3 of his former teammates.

Du Plessis will be featuring in the league after a gap of 10 years. It was back in 2012 when du Plessis last featured in the BBL. The right-hander has played only 1 BBL game, which was for Melbourne Renegades, under the leadership of Aaron Finch.

Soon after Faf du Plessis’ name was confirmed to have been registered for the BBL foreign draft, Melbourne Stars went on to hint at picking the veteran South African batter. The BBL franchise posted a picture of du Plessis in South African colors alongside a photoshopped image of him wearing the Melbourne Stars jersey. The picture was captioned “Everyone looks better in Green @faf1307 😉 #BBL12Draft”.

In case the Melbourne Stars manage to get du Plessis into their side, it will be interesting to see him play under Glenn Maxwell. Maxwell plays under the leadership of Faf who captains the Royal Challengers Bangalore (RCB) in the IPL.

Du Plessis has not played an international game after December 2020. The right-hander was last seen playing in the IPL itself where he scored 468 runs from 16 matches for RCB. He also took his side to a third-place finish in his very first season as a captain.

Alongside du Plessis, the three other players who have been announced as the first batch of nominees for the draft are Rilee Rossouw, David Wiese, and Marchant de Lange. The players who will register themselves into the draft will be divided into four categories – platinum, gold, silver, and bronze. The category of a player will depend on the number of games for which he’ll be available. It is highly expected that Du Plessis will be bagging the highest salary cap with the platinum category.