David Warner makes his intentions clear with his straightforward reply to a sincere demand by a fan. 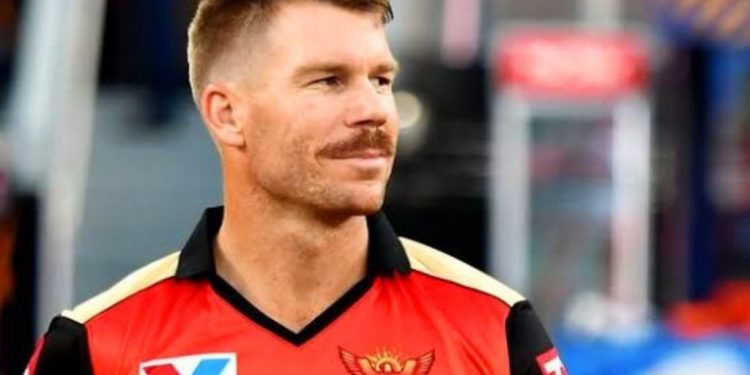 David Warner has been the backbone of the Sunrisers Hyderabad setup for quite a long time. However, the southpaw was seen missing in action in the 2021 edition of the Indian Premier League. He was dropped from the position of the captain and even dropped from a lot of games which raised quite a few eyebrows. Now, a fan demands SRH to retain David Warner as their captain to which Warner has replied very frankly.

It was quite evident during the IPL that SRH did no longer require Warner’s services as they gave captaincy to Kane Williamson midway. After that, the exclusion of Warner from the SRH playing XI came as an even bigger shock for the fans. In a recent Instagram comment, a fan demands SRH to retain David Warner; their most consistent player and Tom Moody as the head coach.

David Warner says ‘No, thanks’ to SRH captaincy

The BCCI has asked all the franchises to submit the list of players they want to retain by November 30. The SRH Instagram handle asked about the fans’ opinion on their retention, to which a fan demands SRH to retain David Warner; their ex-captain. The comment by the fan soon caught the attention of Warner to which he replied frankly, saying, “no thanks.” 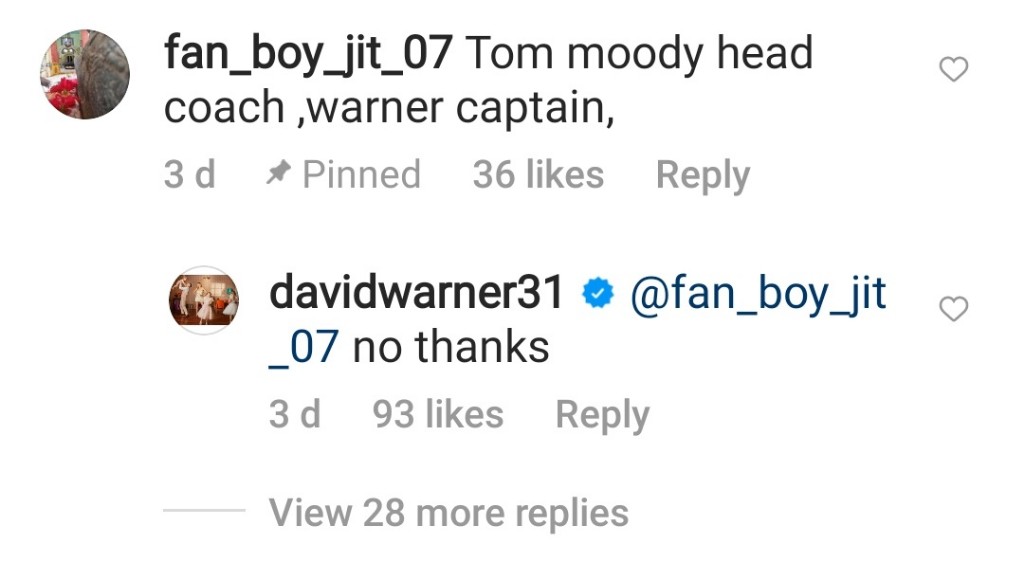 While the fan demands SRH to retain Warner, the Australian player has made it clear with his reply that he is no longer going to be a part of the Sunrisers Hyderabad. Warner’s reply makes it clear that he is done with the franchise and is looking for an opportunity with a new side.

As IPL 2022 Mega-Auction is all set to take place in December 2021, it will be interesting to see which franchise puts their bet on the seasoned David Warner. The franchises will definitely look to retain their most valuable players and will bid for the promising players.