West Indies Cricket board has struggled financially over the years which has affected their domestic cricket to a great extent. 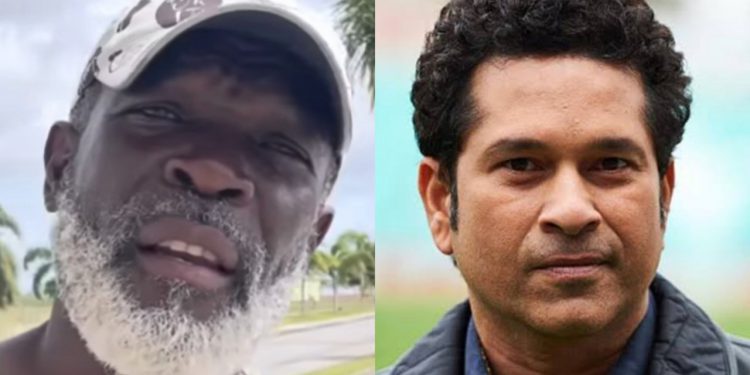 The financial condition of West Indies cricket has not been in good shape for a very long period of time. The board has been embroiled in financial soup for quite some time which has badly affected their cricket. To tackle this problem, former West Indies pacer has requested the cricket legends in India to come out and support the Caribbean cricket.

Financial trouble is not something new for the Caribbean board as they have struggled with it over the years. In the past, the situation has been such that many big players opted to play franchise cricket rather than representing their country. The constant financial trouble has been devastating for the domestic cricket in the country and now former West Indies pacer has requested support of Indian players including Sachin Tendulkar.

In a video shared by journalist Vimal Kumar, former West Indies pacer expresses his request as he says, “Previously, we used to have a tournament in Sharjah where it used to be like a benefit game for players from different countries. I don’t want benefit. All I want is for somebody to say ‘here is some equipment’ – 10-15 bats, that is good enough for me. Mr. Tendulkar… if you are in a position, could you assist me? Hit me up.”

ALSO READ: NO, RP Singh’s son is NOT selected in England U19 Team: Here’s the truth behind viral news

Considering the way, the former West Indies pacer is asking for help, the situation seems to be quite dire as far as cricket in the country is concerned. It is to note that during the interaction, Benjamin also thanked former Indian captain Mohammad Azharuddin who sent some equipment as help for the country. We can only hope that the financial situation of the board improved and more cricketers come out for help.