Before the tournament begins, franchises will battle it in the mega auction, scheduled on February 12 and 13. 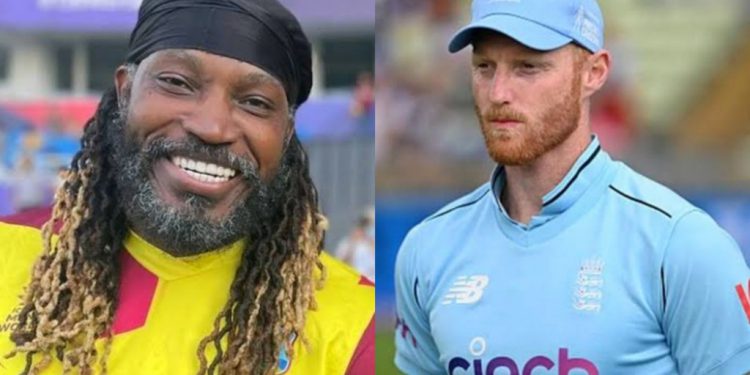 After becoming a 10-team affair, the 15th edition of the Indian Premier League (IPL) will continue to entertain and enthral its fans. As star players from all over the world will showcase their talent, fans will be hooked to their television sets for over a period of 2 months.

With the introduction of 2 new teams- Lucknow and Ahmedabad into the league, the mega auction, scheduled on February 12 and 13 will be high on intensity and drama. While a pool of 1,214 players have registered themselves for the auction, some high-profile cricketers did not put their names into the list.

In this article, we will have a look at a few star players who chose not to enter in the IPL 2022 mega auction.

The giant from Jamaica- Chris Gayle has been a pivotal figure in making IPL a brand. Courtesy of his batting prowess and dancing moves, Gayle entertained his fans both on and off the field.

However, the big man has pulled out his name from the IPL 2022 mega auction. With age catching up, Gayle’s performance has certainly witnessed a huge dip. However, the West Indian is yet to announce his international retirement. But his decision to opt out from the cash-rich league indicates what the future holds for Gayle’s international career.

Making himself unavailable for IPL 2022, Australia’s Mitchell Starc will not be seen in the 15th season of the tournament. Starc last  participated in India’s domestic T20 competition in 2015. Ever since, the fast bowler has devoted his focus to red-ball cricket and kept his attention away from the IPL.

England’s Sam Curran is another notable exclusion from the IPL 2022 auction players list. The all-rounder disclosed the reason for his decision, which is rehabilitation from a lower back injury.

Curran had to leave the tournament midway lasy year after an injury to his lower back forced him to do so. He missed the T20 World Cup and the Ashes as well.

It was agreed that sadly I should not enter the IPL auction this year and to focus on my rehabilitation. I’m back in the nets and feeling great so hope to be back soon, Wishing everyone all the best for the tournament. I look forward to starting the season with @surreycricket

Post England’s Ashes debacle, Chris Woakes along with few of his teammates has decided to not register their names for the mega auction. Considering the horrific Ashes tour, Woakes is eager to focus on red-ball cricket and push England to top of the Test rankings.

As Jofra Archer suffered from an injury in 2021, he did not take part in last year’s IPL. However, the pacer seems to have recovered now but his name is nowhere to be seen in the players list for the upcoming auction. The reason for his exclusion is yet to be known.

It was not long ago when England Test captain Joe Root gave a hint regarding his IPL dreams. However, his side’s horrendous defeat in the Ashes has poured water on his plans as Root now aims to revive English Test cricket.

“There’s a lot that we need to do for this [Test] team, which deserves all of my energy. I’ll keep sacrificing as much as I can because I care so much about Test cricket in our country and trying to get us to where we want to be,” Root said last week.

Joining his captain in a bid to focus on Test cricket duties, Ben Stokes also did not register his name for the coming IPL 2022 mega auction. Returning from a finger injury and mental health break, Stokes’ attention current lies in international cricket.