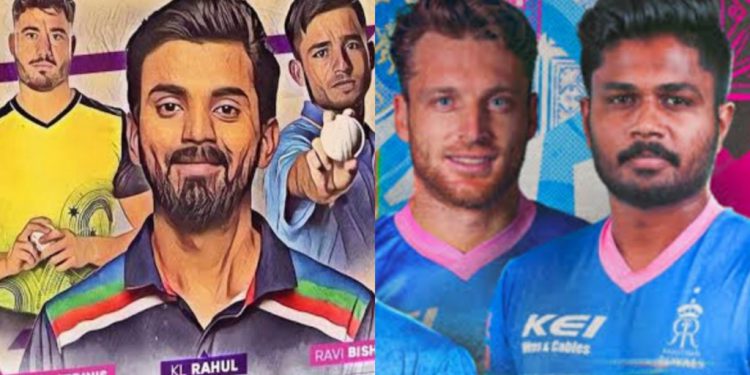 The 15th season of the IPL is fast approaching and just like every other year, promises to bring a great deal of enthusiasm to its fans spread all across the world.

In recent years, the tournament has started to develop a trend of certain teams harboring fierce on-field rivalries. Be it the Bangalore-Hyderabad southern derby, Chennai and Mumbai’s ‘El Classico’ clashes, or the high-scoring, ‘paisa-vasool’ Rajasthan vs Punjab games from the last two seasons; the IPL has managed to create some really passionate divides among its ardent fans.

As a consequence of such intense competition, the franchises’ social media units often end up engaging in some quality social media banter. The Rajasthan Royals’ social media team, for one, has developed quite a reputation for their hilarious tweets and posts.

From uploading clever memes to describe awkward match situations in real-life, to trolling their ex-players from performing well against them: the RR Twitter account has made some really quality post over the past few IPL seasons.

But it seems that even before the 2022 IPL season gets underway, the Royals have found a new rival franchise in the newbie Lucknow team. Or the Lucknow Super Giants, as they recently decided to christen themselves. The franchise, owned by Indian business tycoon Sanjay Goenka’s Rising group, took their name inspiration from their former sister IPL team, the Rising Pune Supergiant that played in IPLs 2016 and 2017.

Fans were quick to troll the Super Giants for their disappointingly unoriginal name. The Royals, known for trolling other teams, were quick to join in on the action, Reacting to the official announcement post, RR uploaded a meme of actor Paresh Rawal playing double-role in a film. The joke was a subtle one, but fans who  were able to spot the extra ‘S’ seemed to quite enjoy it.

But as it turned out, the Lucknow Super Giants’ social media team had the perfect reply to curb Rajasthan’s enthusiasm. They went along with Rajasthan’s joke on the Pune team and commented how they missed Rajasthan during those two seasons when they were banned because of match fixing allegations.

With all due respect, we missed you those 2 years. 😜 https://t.co/FR0PzZKZA0