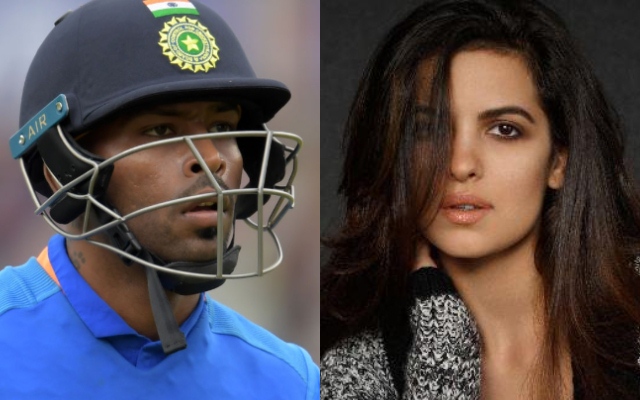 Indian cricketer Hardik Pandya has become one of the most popular bachelor’s of India from a while. Veteran cricketer’s name has linked with many girls in his early stage of the career. Recently, the news has come forward that he was dating Bollywood actress Elli AvrRam. However, in the past, there was also rumour of dating Esha Gupta and Urvashi Rautela.

Natasa is a famous model, who has been seen in many music videos. One of the popular songs she had appeared in, ‘DJ Wale Babu’, rapper Badshah’s song. Also, she was the contestant of the famous TV show Big Boss season 8.

Here are some Photos

Again two of us in one frame 😁🤗 @anitahassanandani 💕 #NachBaliye9 #AlyNa

Younger Pandya after resting from the tour of the United States of America against West Indies, making come back in the team for T20I series against South Africa, starting from 15th September.

Hardik Pandya has played 38 Twenty-20 International matches so far in his career. And have scored 296 runs at an average of 16.44 and also took 36 wickets. After the T20I debut match against Australia in 2016, he has become the main part of the Team India.